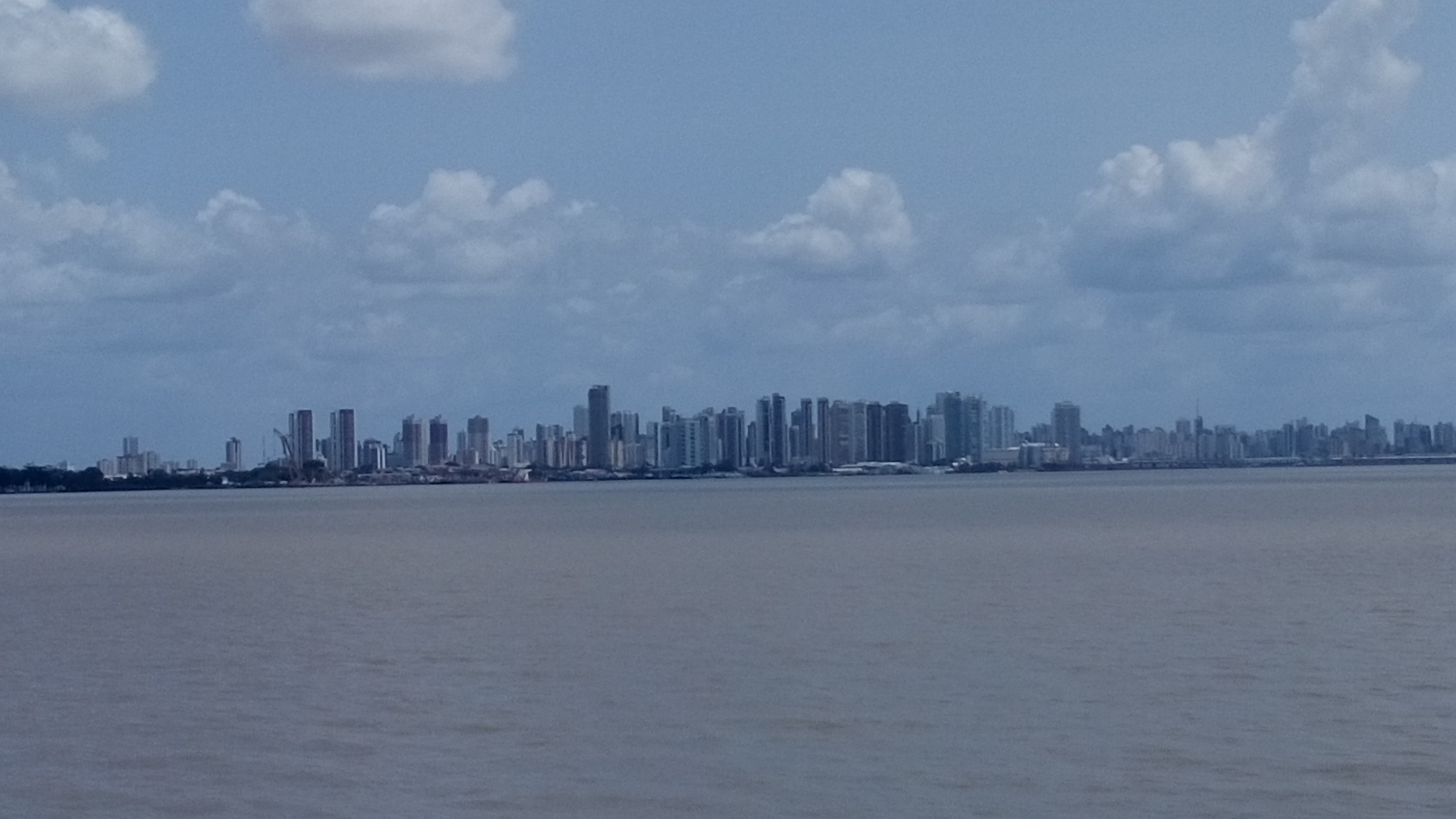 Like on the bus, I woke up, slept, woke up, slept and finally it was morning! So effective sleeping, unless you hate waking up. Like, I had this guy who put his hamak really close

Like on the bus, I woke up, slept, woke up, slept and finally it was morning! So effective sleeping, unless you hate waking up. Like, I had this guy who put his hamak really close to mine, and then complained when my legs were not straight but on the side. That goes when I’m awake, but while moving but sleeping … he’d need to find a new place!

A funny thing you can see on this boat is natives in canoes, that gets stuff in plastic thrown at them from nice people on board.

And then we get Pirates! They come to take their empty acai baskets. They export acai to Macapá, and hereby gets their baskets back. So recycling. Acai is a very healthy berry btw. Eat it! Look at the recycling.

If you’ve ever sent anything with JBS to the jungle, then this could be your package, hereby gently and professionally delivered to the Pirates!

Brazilian tap water can make you sick, so you’re recommended to buy bottled water, purposefully delivered in plastic bottles. Here’s my bottle. I had it in a bag on a bench, a woman moved the bench to allow her children to climb it, my bag fell and the “Amazonian” water entered the (slightly darker) Amazon river. I could not get it back up. It’ll keep fleeting for thousands of years. Maybe end up in a whale? Nobody knows. I think we should simply forbid plastic. Or have deep refunds that make people really want to give back whatever plastic bag they had. Once upon time I was at the Zhejiang university in China, it was 2005 and a lot poorer than today. Every day the “bag buyer” came, made a ridiculous sound, and all students ran down to him and sold him their plastic bags! It was recycling, from sheer privately economic incentives. I saw so much similar recycling in China back then, but it rested on dirt-poor people. We need something similar in the future, without the dirt-poor. Such as a plastic bag costing 10 euros, and a man adds to his basic income by buying plastic bags from students for 9 euros, and then delivers them. Just an idea. It wouldn’t save my bottle above though. But maybe the plastic tax would have given incentives to create sugar bottles. The Brazilians needs their sugar for something when they realize they get fat by having sweet coffee every day.

I followed the lovely French couple in a taxi to their hostel, where I could use the Internet for free. Lovely! So, you’re having potato gratin for dinner tonight? I’d love a taste.

So many tall buildings in this city! Maybe they don’t have all the ridiculous laws that Sweden has, or bribes themselves around it. But this building on the left looks slightly abandoned, with smoky apartments and a tree on the top. Like visiting a future dystopia!

We’re eating a soup that’s special for the region, having been eaten by the local Indians for hundreds of years. The soup mostly contains a vegetable that anesthetizes your mouth so that you can’t taste tastes anymore. Lovely! Tasted a bit like spinach. In the beginning. Then it was more a sensible experience. I love drinking soup straight from the bowl, even when it’s half a fruit like here. It’s a warm soup that’s perfect to heat you up on rainy days when it’s only 30 degrees outside. Like always 🙂

Would this be a hit in Sweden? I think so, if replacing the shrimps with something more akin to “first-triers”. It’s very healthy! And lots of days with rain and slightly less than 30 degrees … The people does need stunning.

One thought on “Belém – Brazilian Bethlehem”