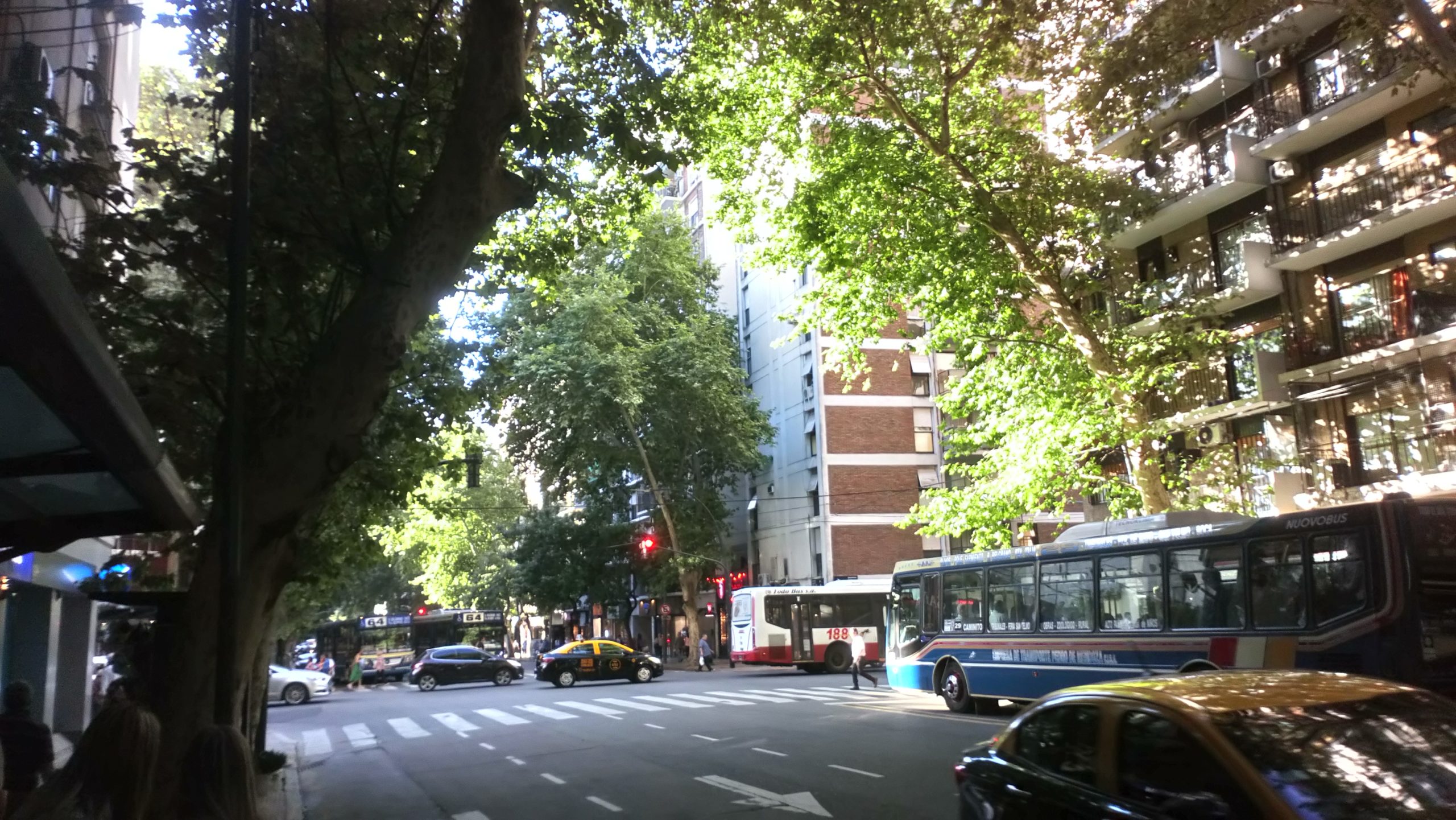 I fell asleep so quickly yesterday that I forgot the sleeping bag, so I woke up at 4 and was all air condition-chilled. Got the sleeping bag on, felt all alert, watched an episode of “Cosmos”, and then half-slept until … the free breakfast!

What people in Brazil and Paraguay has been saying about Buenos Aires is that it’s so “European”. I don’t know if they mean French, or German, or Polish … but now I get it: they have Skavlan on the TV! Luckily, it was dubbed into Spanish, so I didn’t have to pretend to understand the Norwegian he’s talking.

Between the bus station and the Retiro train station, they had a huge favela. In the middle of the favela, there were streets, with lots of signs advocating their various services. It looked so welcoming, but I stayed with the policemen on the main street.

An internet friend recommended me to go change at Florida street. In Argentina, you can’t just take out money from the cash machine, you somehow have to change it from the street to get your $$$ for your $$$. And the street was packed with people shouting “cambio, cambio, cambio”. I did some comparison, and then changed at the highest place. I would have got 10% more if I had 100 USD-bills. That sounds like efficient monetary policy. Or not.

I met my friend Lucía at the “Loving Hut” vegan restaurant. Unfortunately, my camera was without battery, so you’ll just have to image what my burger looked like. I wanted a curry, but that chef was sick.

After dinner, we went to “Odin”, a viking-styled pub with hard rock. I went to the bar and asked to see the surname of the owner: unless it ended on a “-sson” or a “-sen” or “-hjortdöd”, I’d report them to the cultural appropriation-committee. Just kidding. It was great. Unfortunately, my throat ache came back so I begged for us to just go home and sleep and we did. I even got her bed, while she caught her sofa. That was so incredibly nice! I feel asleep directly.