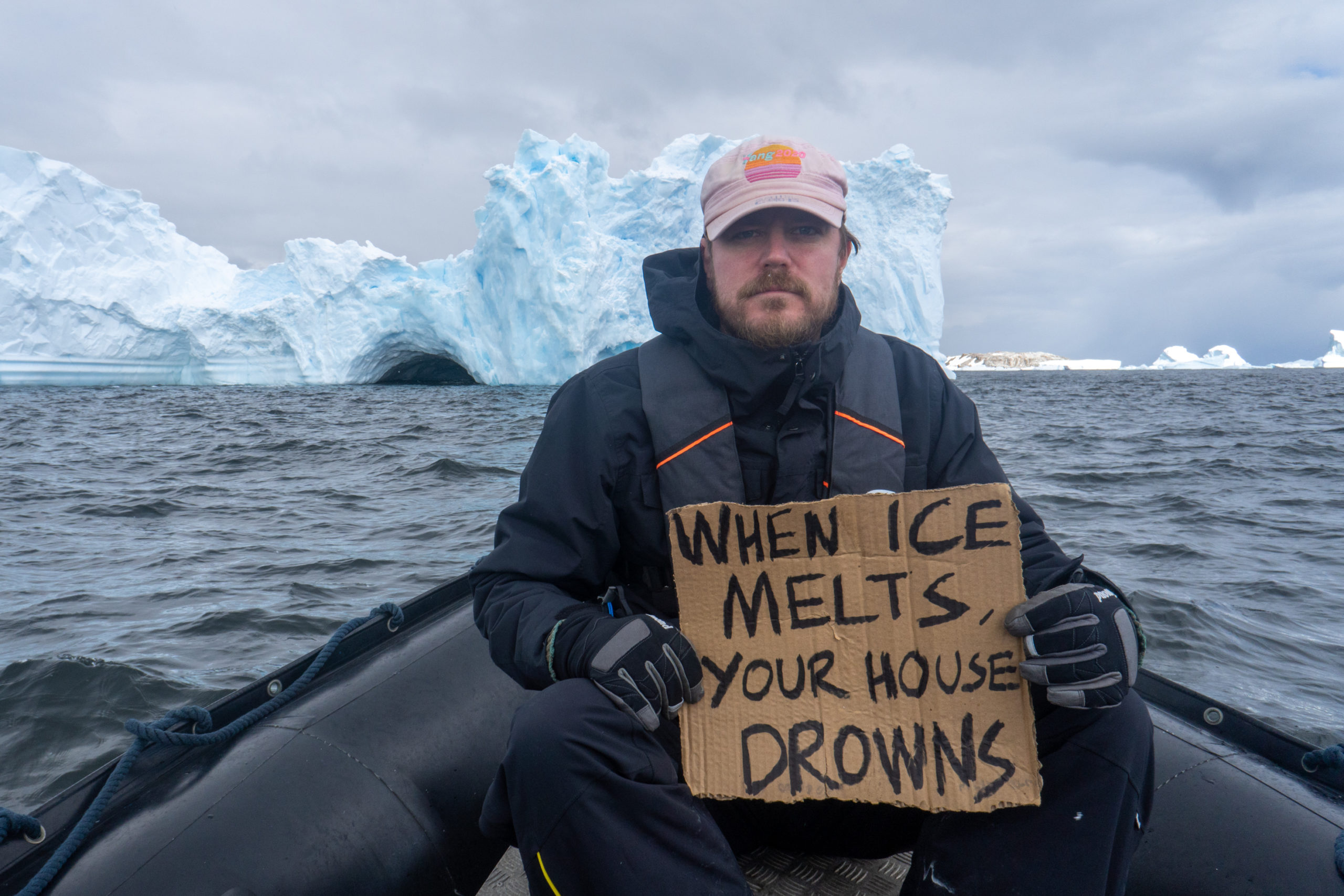 Today we had Christmas! The rest of the boat has it tomorrow, but Jesper and I have it today, plus three Danes and one Finn from the staff. I slept like an angel this morning,

Today we had Christmas! The rest of the boat has it tomorrow, but Jesper and I have it today, plus three Danes and one Finn from the staff. I slept like an angel this morning, and just managed to grab a tiny bit of breakfast before it was time to go outside in order to see … ice!

The driver (and translator) of this boat is from Taiwan! It was fun when they presented all the staff, that he (apart from the rest) got no flag. No Taiwanese flag, but also no Chinese flag. Such a compromise. I tried to praise Taiwan while talking to him, but he avoided the topic hehe. What I love with Taiwan is that it’s a 100% Chinese democracy. Very consolidated, as in switching teams exchanging the power when losing/winning elections. So there is no such thing as “democracy not being compatible with Chinese culture”. Taiwan shows what we could have in China!

We weren’t entering land on this tour, so I had to take this photo in the boat. Luckily, or unluckily, we had the company of Renato himself, our epic photographer, so he took this picture. Now, it might take thousands of years for Antarctica to melt, but as the way it looks right now, your house will be under water (unless you live in the mountains) sooner or later.

As we moved toward the epic dark-blue iceberg, someone shouted “whale!”. Exactly by then, my telephone lost its battery, so no picture from me.

But I stole the above picture from Peter! I’m such a criminal. The whale was a humpback.

During lunch, Jesper and I started celebrating with some Ushuaia cream stout.

We laughed at Peter who didn’t celebrate Christmas today. Sucker!

But we couldn’t drink too much, since we had dead whales to visit.

Saving the planet is the easiest way ever. Eat beans and go by train. Period. Then, if you don’t have a train where you live, then you might consider moving. If saving the planet is anything you ever feel like doing. If the higher price gives you less room, then that is good! Heating costs. As much as you love your garden, you wouldn’t burn Australia for it, would you?

Trump needs to be voted away! Xi Jinping can unfortunately not be voted away, so to get a new Chinese leadership – that is not building tons of coal power plants – we need to boycott China. It’s hard to do, but try! As for computers, get a Mac with warranty. It can be repaired, so that it lives easily 10 years, giving you your money back.

After the penguins, we celebrated Christmas by drinking gin in the sauna! I ended up getting super-dizzy and had Jesper sit and talk to me while I … got less dizzy.

After dinner, we had Christmas games in the theatre. I had to point left and right with a ping pong racket, and the people sitting there had to shout “ping!” or “pong!”. I’ve been up on stage so much that some people asked me if I really worked on the ship, so this time, right before the epic ping pong final, I asked if I’d get a beer for my contributions and they said “yes!”.

Then we got to run around holding each others’ shoulders.

I have a friend that we can call Kalle. He once paid 6000 USD for an Antarctic trip. Then he claimed that he had bought a “beer coupon” but lost it after drinking two beers, so he got a new one, with four beers left. Unfortunately, when there was “one beer left” he accidentally had it laundered, and came with it in super small pieces. Now, he normally washes in the shower, but whatever, he got yet another beer. The people in the photo above had of course nothing to do with this!

It was a good night! We found a cancer specialist, my friend told about his family’s cancer story, and she promised to examine him. I sang Swedish drinking songs such as “Star Gin” to some applause, and found out that both Sweden and China had their own language songs on the very same Russian melodies. The Swedish one is about drinking, while the Chinese one is about fighting the battle on fields and in factories. Priorities. And we got these wonderful Chinese cigarettes. Merry Christmas!

One thought on “Christmas Eve”