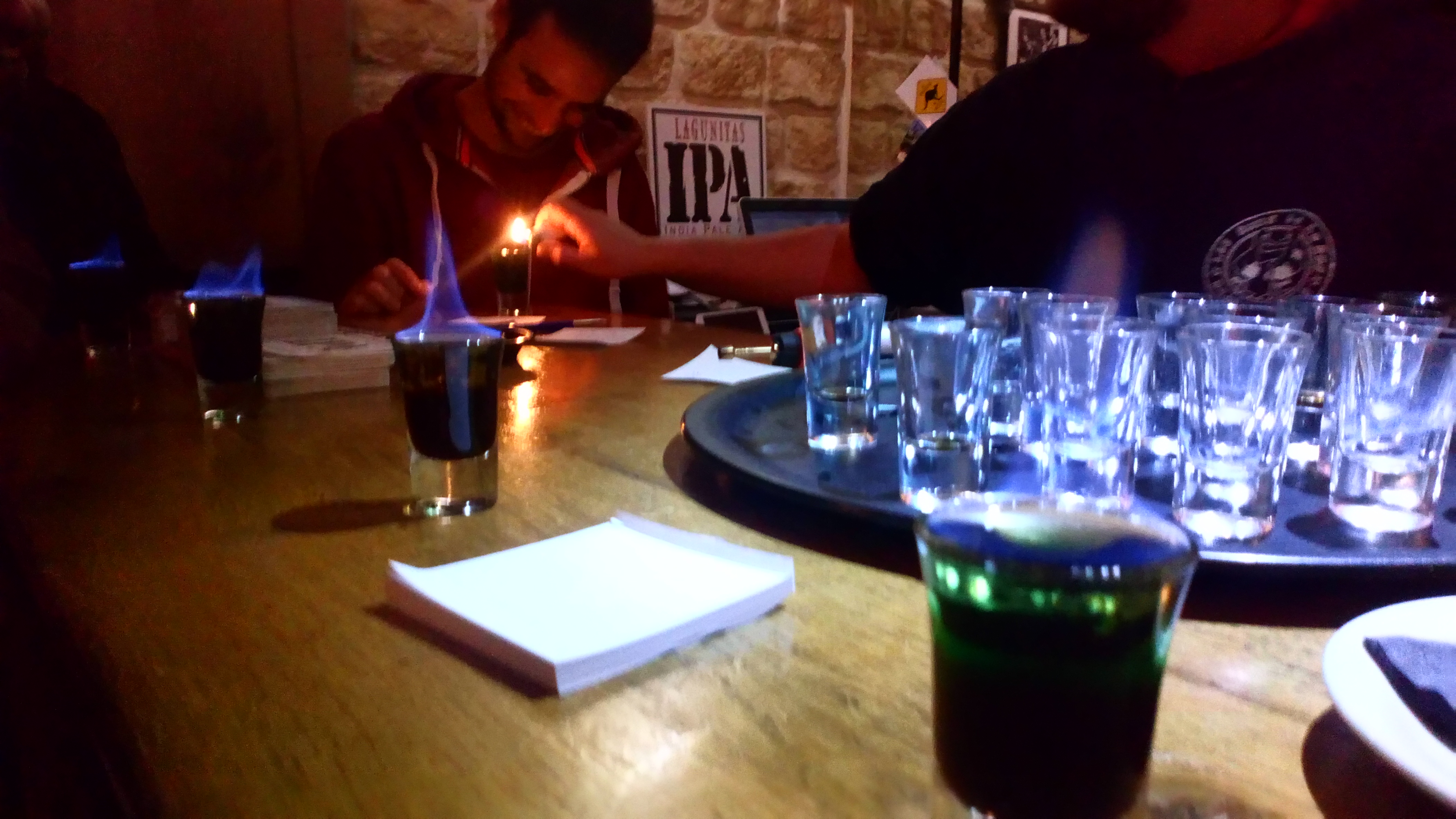 I woke up at 2 am. There was a metallic noise. I thought it was normal for a ship in motion to have noises like that, but I still ended up searching the room. It

I woke up at 2 am. There was a metallic noise. I thought it was normal for a ship in motion to have noises like that, but I still ended up searching the room. It turned out to be the hangers in the closet that hit each other. Yes, I admit, I’ve spent two days onboard and haven’t unpacked my luggage yet. I’ll do it tomorrow.

I kept the whole day sleeping. I guess I’m paying for the first three weeks of going by train and drinking beer. Breakfast, sleep, lunch, sleep, dinner, sleep. Once when awake, I found the safety instructions in the book for passengers. Now I know where to go in case of fire, where to go in case we need to abandon the ship etc. It feels a lot safer than a passenger ship.

So getting a coffee after eating is five stairs up! I’ll admit that I do feel my pulse.

Except for sleeping, I also went to the gym. Today was “legs”. I had no idea how to train legs in there though. No leg machines. But I did a lot of squats and lunges and it made me tired. Then the running machine worked! I started at 6 km/h and slowly increased to 11 km/h. Funny thing is that the faster I ran, the less I had to care about the movements of the ship, making it easier and easier!

Then we arrived in Le Havre! It was so exciting to get carried in by another small ship.

Going by freighter ship means one thing: everything takes a lot of time. We arrived at nine something, but I wasn’t allowed onshore until half past ten. I was just about to give up, since there was a 1.5 h walk to central Le Havre (a city of 173,000 people), when the boss (captain? I don’t know, but he feels very boss-like) told me that a group of sailors were sharing a car to the central parts of the city. I asked if I could join, and they were a bit like “eeh, what?” but at the same time, I’m a paying passenger, which somehow makes me a God on board, so they let me into their fully-packed car and we went to the city. The excitement of going to town with a bunch of sailors, without knowing when you need to be back at the ship! The untz. I’ll avoid doing this in less safe countries, I promise.

I asked them to let me off at a small island in the southern part of downtown. They said there were no bars here, but the two I had checked out were right in the area. One was a karaoke place, and the other was Wallaby, an Australian place recommended by visitors on TripAdvisor. I ended up at Wallaby, which was closer to where I was let off by the car. Also seeing a group of fighting teenagers on the street made me like the sort of familiar Australian style. Familiar as in there being English-speakers. There weren’t any though.

Then some people asked if I wanted to play Citadels. I haven’t played it for thirteen years and it was all in French, but sure! I love a random board game.

It was great talking to the people here. So incredibly friendly. I admit that most of my France time has been Paris time, and that has given me a slightly skewed image of the country. Although I’ve also had great times in Rennes, in Sète etc. They asked if I liked France and I diplomatically said “it’s between Sweden and Spain”. But I really liked their company! They kept speaking English to each other half of the time. I studied French in school actually. I hated it in junior high, since you had to study to get anywhere. In all other subjects I could just play along, but suddenly I had to sit and squeeze grammar and words into my head. So I quit after 2.5 years, meaning that I could start from the beginning in high school. I got the highest grade and hitchhiked from Sweden to Spain through France, and could speak to people. But when I learned Japanese, it took the French part of my brain. It’s so scary how that happens. I kept thinking during the first France trip that if I had seen and heard all this when I was 12 years old, I’d be so more motivated and could really have gotten to speak the language. If I ever get a kid, we’ll go to the country where they speak the language he’s about to study before he starts his studies. Although I won’t have any kids since I’m sterilized. Partly because I don’t like all the noise and shit they make, and partly because of my bad genes. But if I meet a woman with kids, I’ll take them to France, Germany, Spain or Taiwan, depending on their language choice. Anyway, I won Citadels. Me and the bar-owner got the highest score. I got killed three times during the game, meaning that my strategy was effective but predictable. Just like my life!

Most of them turned out to be sailors btw. One of them was even working for CMA CGM, although not on my ship, Cayenne. The sailing feeling of Le Havre! It’s France’s largest container port btw. But Marseilles is larger overall. What do they transport so much that is not in containers? Drugs? The mysteries.

Just like in Italy, we ended up getting free shots. And then bought some shots. I think we had four shots, out of which two were burning. I don’t think I’ve ever had two burning drinks in one night. Another record! Then we all went into a taxi and came to a club.

In the club, I met a Viking descendant. He was taller than me and looked like above. Was born on a farm and kept talking about beans and linen, in French. It’s because of guys like him the area is called “Normandie”. He was drunk as hell too, kept saying there was a local word for when your fingers are never far from your mouth, to be used for drinkers. It felt great to party with a millennia old Viking invasion!

The sailors of my own boat where there as well, giving me the feeling that we had really found the right club. I tried telling them all to bring me back home, but I don’t think they liked the idea a lot. One told me to not tell anyone that I had seen them out so late. So if CMA CGM is reading this: they all went home at 1 o’clock, super-sober.

Anyway, we had a great time in there. My own board-game sailors got drunker and drunker. Everyone were so friendly. Best night ever. And then I stood in the rain all alone outside the club, waiting for a taxi they claim they called. And it came, and drove me straight to the ship, through all the extremely complicated port roads, that I was so glad to not walk during the rainy night. I think driving sailors to ships is a common job here. I even tipped him. That’s how happy I was!

One thought on “Hello France!”