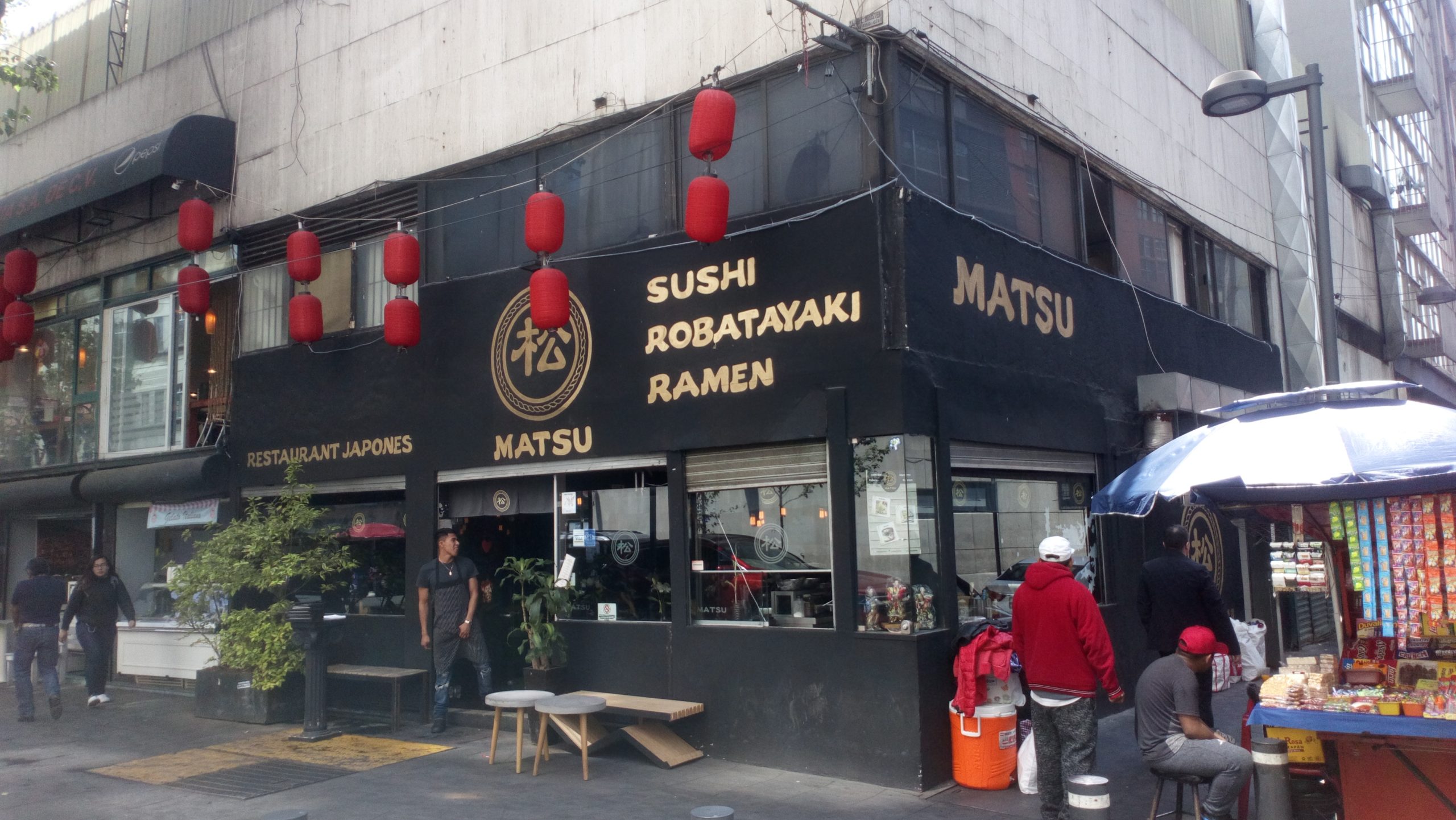 We got free breakfast in this hostel. Coffee, bread, peanut butter and fruit. Not super-luxurious, but quite nice, as me coming from a place where they stole my money. Later I went here for lunch:

We got free breakfast in this hostel. Coffee, bread, peanut butter and fruit. Not super-luxurious, but quite nice, as me coming from a place where they stole my money. Later I went here for lunch:

Do you see the guy touching his groin? We’ll get back to him.

Here they have “miso” and a “spicy miso”. That complicates it. The other good places had made it a bit spicy automatically. But in order to “choose Japanese”, I have to order the normal one, when given the choice.

Although, I can make it spicy myself!

The good parts here is that the ingredients were heavily cooked. They mixed well with the noodles and melted in your mouth like the wings of a drunk angel. But the noodles tasted like you bought them at Walmart for 25 cents. And the soup was incredibly lame, with a very weak taste. As in “miso” meaning “a teaspoon of miso powder”. I made it spicy later, but it was just as pointless. So overall I gave it a 2, a weaker 2 than the place yesterday. So it’s not only that Mexico City is the Ramen Mecca of the World, but it’s actually Condesa that is!

But, as I left the place, the guy who is touching his groin above asked me how good it was, from a scale from 1 to 10! It turned out that he was from Washington and had decided to make the World’s Best Ramen. I told him that it was a 2 out of 5, and that V Ramen and Ramenya had much better sauce. He said “I’ll go there and eat it directly!”.

OMG, sir, I didn’t understand it back then, but I was so happy to meet you! So I’m sending you this blog now, with links to my previous ramen tastings: Düsseldorf, São Paulo, Santiago, Lima and Mexico City. And I’m going to Los Angeles, other USAian cities, and then Japan itself to see if they can match the world! So please follow me, dear groin-grabbing ramen warrior 🙂 Here’s my current country top list btw (based on the best place I ate at, which of course is good for Sweden):

I don’t remember eating ramen elsewhere, but if I did, then they’re down there at the China level. Although I’m sure that Taiwan and China has better restaurants, but this is what I’ve tried so far. It’s funny, that when you mention ramen in Japan, people go like “oh, that is actually Chinese food”, but there is no such food in China! It’s a Japanese import, that’s been refined through centuries. Such as tofu, kanji, onsen and everything else the Japanese have imported – and perfected. Culturally they are “China Refined”. Plus karaoke.

You know that you are in a democracy, when you meet demonstrations all the time. Here they are demonstrating for all the animals! You know, if cows got to vote, most of them would vote for their own freedom, to be able to hang out with their kids for a few years, and some Basic Grass on top of that, so be happy that we have restricted democracy to most of us humans instead! So fuck the Chinese government, and avoid meat when possible. (For example, not when you are trying ramen!)

Here are my allies! Or rather, my idols, the people I wish I was, but am not yet. I’m your biggest fan.

Now, I don’t see myself as a rich guy building an expensive building just for the sake of it, but if I was, it’d be packed with old blue-white tiles! Such as this one. Just vacuum-cleaning Delft and smash it up somewhere and then walk around in my housecoat and talk about ramen with my cats who don’t give a shit.

I went to the post office, which was also a nice building, in order to get some stamps.

Here is my letter to the bad hostel of yesterday. I printed it in today’s hostel, and the clerk didn’t like it all. I told the story, and he wanted me to just “fuck them”. But the problem when punishing humans, is that they come back and need their money. So the more you screw them, the less they can make. Legally. So you’re actually increasing what you wanted to punish! Unless you kill them of course, or keep them locked up for most of their lives. So I’d hate if the old hostel couple would keep fooling foreigners in more and more desperate ways. And I’d love if they sold their hostel, or made it a financially sound party hostel with the help of some random New York-Ecuadorians who are fluent in English and Spanish and know how to party their wallets empty.

Besides them dirty hostels, Mexico City is very safe for being Mexico. It’s very rich. Plus that it has 90.000 police officers! So there are more policemen here than anywhere on the planet. There are policemen inside every subway station, all day long. There are police on the street, such as here outside my cafe window. It is said that to occupy a country, you need one soldier for every 200 inhabitants. Mexico City is occupying itself with one “soldier” for every 100 inhabitants (if counting the city proper, and not the whole urban area). It’s difficult to be a cocaine hose for the world’s largest drug addict.

A building that looks very Florentine.

Living in a good hostel gave rise to all kinds of events. They recommended a laundry, that did my clothes for 52 pesos (2.4 euro). The laundry place recommended a sewer, who attached my two patches and fixed my shirt and my Bolivian sweater, for a total of 70 pesos (3.2 euro). He in turn lived right next to a barber, who shaved me and cut my moustache for 80 pesos (3.7 euro). That’s about 200 pesos. So it’s insane how much services I could buy for the 900 pesos they tried to steal!

When sewing the vegan patch onto the backpack, I had to empty it. So here is my life in the open! Every single belonging I’m having 🙂

Newly barbed and with fixed clothes, it was time to go to the bus station.