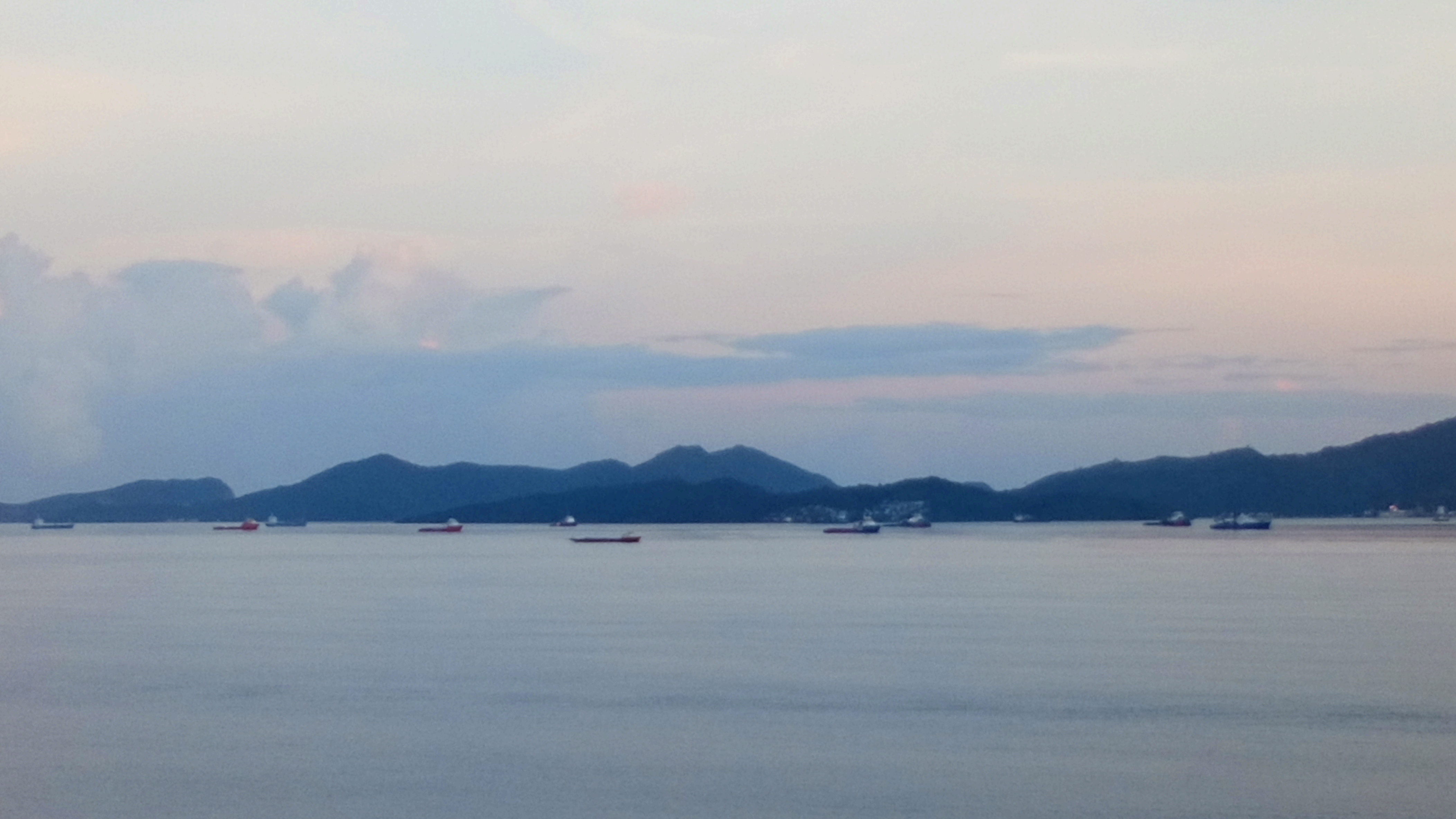 Woke up before sunrise and looked through the window. There was a huge and very lightened ship right behind us. I was staring at it for a while, at its many lamps, but had no

Woke up before sunrise and looked through the window. There was a huge and very lightened ship right behind us. I was staring at it for a while, at its many lamps, but had no idea what it was. Police? Tourists? We don’t have one percent that many lights on our boat. I realized later that it was just an oil rig! So many lamps because they cannot move.

Did some push and then entered the bridge and viewed how we entered Trinidad in the sunrise.

My Pirates!-caused knowledge of the Caribbean ends at 1680. I had no idea whatsoever that Trinidad became an English colony in 1797 and that they have later found gas and oil and became one of the richest countries of Latin America. So our invasion is already done! And instead of us stealing, they are now stealing our goods.

We all took a taxi to Daniel’s hotel. He’ll stay here a few days before moving on to Ecuador to meet the love of his life. I walked from there around the city.

Everything was closed today, because of holiday. But the Radisson hotel was open. I sat in there and contacted people on Couchsurfing etc, and had lunch and beer. The whole afternoon cost me a whopping 40 €. Then I walked across the street and found the rest, in an even fancier cafe with ocean view.

Me and Daniel took a long walk around the city. The GDP/capita of Trinidad is at the same level as Portugal or Estonia. In all normal restaurants, normal as that you could come in and get a table, there were Swedish prices. But outside, poor people hang out everywhere, talking, sleeping on the street etc. It seemed like the income inequalities were huge. And that’s a problem for tourists, since we never found that ”middle bar” that was half-ways between the iron curtained lowlife bars, where people would come up to us directly with all kinds of money-related questions (”give all your money to thiz lady”), and the fancy hotels by the ocean, where you had to deliver a kidney to sit down and drink something. We tried it all, of course, and had ice cream and soy pizza for dinner, in that order.

In Hyatt hotel I said goodbye to Daniel, and then I walked towards my ship by zigzagging through all the containers in the harbour.