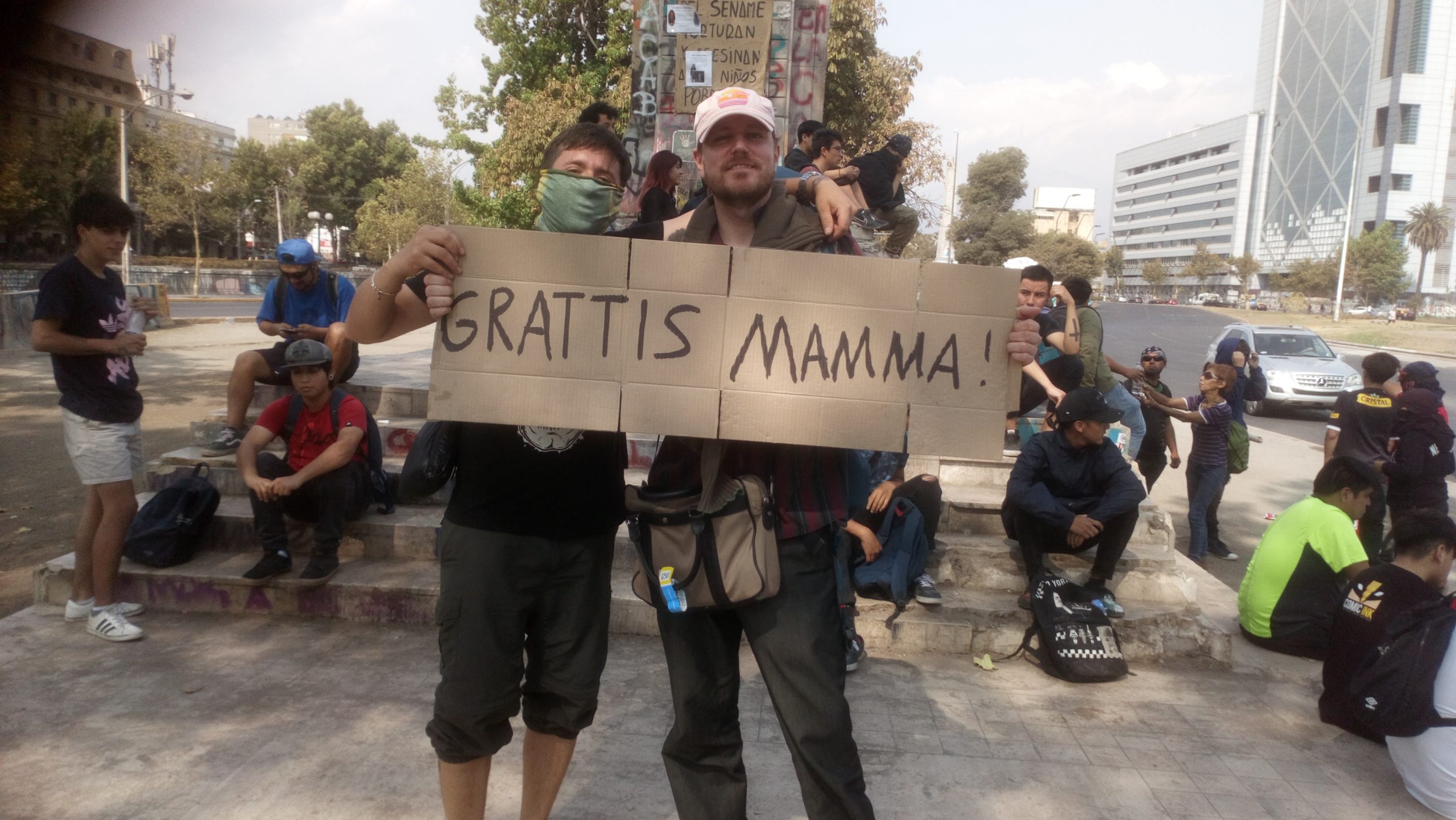 Today I went to Santiago in Chile. Can you keep a secret? The landscape of Argentina made me slightly suicidal. Six times Sweden looking exactly the same, with a few exceptions. And Mendoza is an

Today I went to Santiago in Chile.

Can you keep a secret? The landscape of Argentina made me slightly suicidal. Six times Sweden looking exactly the same, with a few exceptions. And Mendoza is an exception! All these mountains, nom nom nom!

While waiting to show my passport, a lady showed up and asked for a review of being a tourist in Argentina. I gave it “3” (from 1-5) on most accounts, safety, transportation etc. On food I gave it a “1”, because it’s mostly meat (bad for the planet and for you) and white bread (bad for you), with a few lovely exceptions of course. But my overall impression was a “4”! So not really an average. What lifted it up is of course all the people 🙂 I love you all! Will miss you all! Fantastic people.

After the passport control, we started going downwards. It was like in Patagonia, where (according to Wikipedia), the border between Chile and Argentina went between the highest peaks of the Andes. Up, up, up, show your passport, and then dooown. Lots of those hairpin turns! No photos though, as I was too lazy.

I directly went to Plaza Italia (or de la Dignidad as it’s also called, which could maybe be because of the protests). Today it’s my mom’s birthday, so I had a little joke for her. Should I do it?

Yes, of course! Wake up to the demomstration! Happy birthday mom!

(Un)fortunately, the demonstrations start in the evenings every day, so there weren’t that many people there. Mostly kids throwing gas on the cars etc. It’s some kind of lower-class struggle. In the beginning, most people joined, but now, the middle-class seem to dislike all the destruction it has caused. Well, that’s according to me, when I’ve been talking to people. I bet there are better sources 🙂

As the sun fell down, I went home to my dear friend Rosario, who has her lovely cats, Sombra and Panda. They loved my olives!

One thought on “Demomstrating in Santiago”