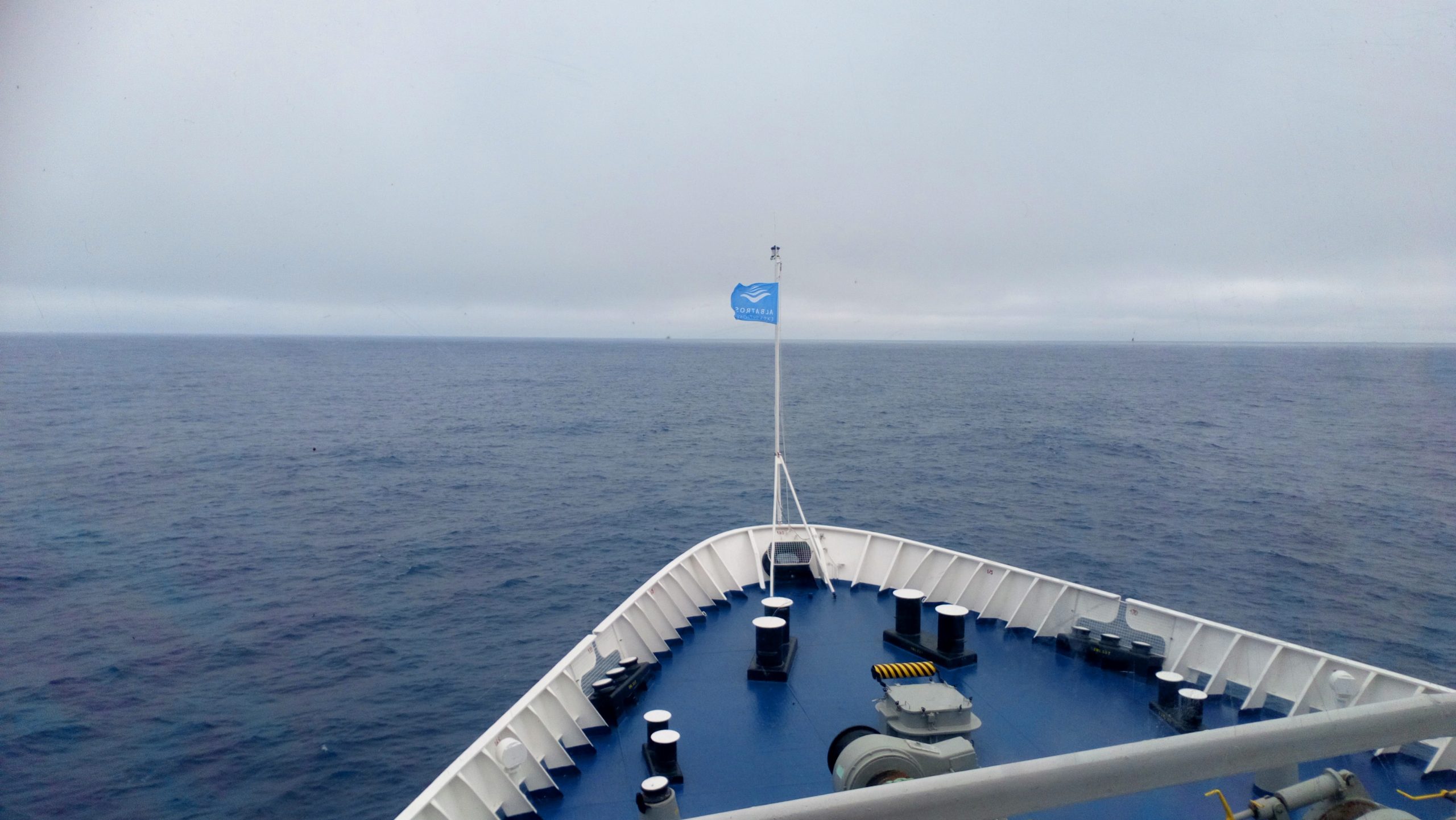 Woke up at 4 a clock by food being brought up the stairs. I was like: ”breakfast, yes”! But then I realized that the sound was something else. It was from the gym. I live

Woke up at 4 a clock by food being brought up the stairs. I was like: ”breakfast, yes”! But then I realized that the sound was something else. It was from the gym. I live right next to it, so the very early guy woke me up, and I couldn’t fall asleep again. I had breakfast all alone.

Then I met Peter, from Colchester in England, who is now living in Nice in France, teaching them English. They pay a lot, enough to go to Antarctica on your vacations. He took tons of photos as well, so I made him my photo ally for my little … things. Today we learned what you can bring to Antarctica when going there, and huge fucking signs with text doesn’t fit the bill. We also had our Antarctica clothes inspected and cleaned. Not a single grain of sand can join the continent. That was quite easy for me, since my clothes were hired in Ushuaia.

The trip to Antarctica was the easiest one ever. Like taking the ship across a small lake.

It’s normally troubled, since it is ”the world’s largest current”. The water that normally flows from the Pacific to the Atlantic Ocean here is like 175 times of all the world’s rivers combined.

In the afternoon I played a game called Chinese Checkers with Paula, from Ireland. They also had the real Chinese chess, Western chess, and poker. Jesus, they need a board game guru! They should at least have any of the top 1000 games that somehow involves Antarctica.

The owner of this company is from Denmark, so the boat is ”viking inspired”. The restaurant is called Vinland (the original Nordic name for America), the meeting hall is called ”Viking theatre” etc.

It feels great to be on a ship that respects your original culture so to speak. If you ever get sea sick, then you can just eat a mushroom and grab you an English slave.

In the afternoon, there was a competition in which everyone needed to guess when we would meet the first iceberg that was actually larger than our ship. Most people thought it would take a few days, while I guessed tomorrow at 11:37. I think you find icebergs before Antarctica, but that our arrival would be delayed by some nasty storm.

In the night, we had a party in my room. I invited everyone that I had met, but in the end just Jesper and Peter showed up. But it was great to talk about this and that, while emptying a bottle of Fernet Branca. A very nice start!