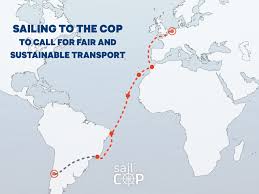 Woke up, got my Yang2020 cap back from the Italian, had a glass of water and found myself on the channel street behind our office. I took a nice walk among our old office and

Woke up, got my Yang2020 cap back from the Italian, had a glass of water and found myself on the channel street behind our office. I took a nice walk among our old office and the shops thereby, and then went back to Tjerk and Annelies. I felt a bit bad for not using the bed they had made for me, but I made it up by sleeping all day instead.

For “breakfast” in the afternoon I got to try the weirdest Dutch tradition: hagelslag. Many people don’t know this, but Dutchies have sandwiches for lunch. And they put candy on them. Such as hagelslag, which is small chocolate chips. Everything Swedish is also Dutch, and with us being the barbarian colony, it’s easy to see in which direction things went: cheese slicers, wooden shoes, salty licorice, Gothenburg, even my mom’s family (well Walloon). But they never forced hagelslag upon us, because that’s the weirdest lunch I’ve ever had. But despite all the candy, Nederlanders are still so slim. It’s the cycling!

After saying goodbye to Tjerk and Annelies I took the train to Amsterdam, where I walked around, looked at other tourists and sat in a cafe.

In the evening, I took the boat to the Sail to the Cop party.

Sail to the Cop is a group of Dutchies (and others) who are together sailing from den Haag to Rio de Janeiro, and then taking a bus to Santiago to join the climate meeting. www.sailtothecop.com It was great to meet some of them, Jan, Santeri, Peter, Lena etc, discussing economics, politics, culture, what to do with the humans and how to do it. There was a band playing as well. My camera sucks, but you can at least see the didgeridoo, the classical hippie instrument that reminds you to put piercings in your face and a joint behind the ears and take off your shoes until a glass is crashed.

I think Amsterdam is the last city to be flooded – they’ve been combating floods for hundreds of years, and as bad as one meter in the next hundred year would be for Bangladesh, the Netherlands is a country that is already under water. But it’s a very good country to remember that the sea is there, with all the channels and all the rain, which is maybe why Sail to the Cop is here and not in Germany or France. But Greta is the first of course 🙂

With all of Antarctica melted, it’d raise 70 meters though, which would take all Dutchies to Northwest Sweden. But that would take hundreds of years on a planet in which we never get each other to stop polluting. Which, unfortunately, wouldn’t be too surprising, with these two being our most powerful leaders.

And in Europe we have Merkel who took away nuclear, and Macron who had to back his increased CO2 taxes because of distributional issues. I think Trudeau is showing us the only way forward: a CO2 tax distributed as a basic income. Which is also what Andrew Yang is suggesting for the USA. We need something like that for the whole planet. And tonight my Andrew Yang cap got Sail to the Cop tags, making it even more appealing!

And then I met some pirates. You have to be careful on a Saturday in Amsterdam!