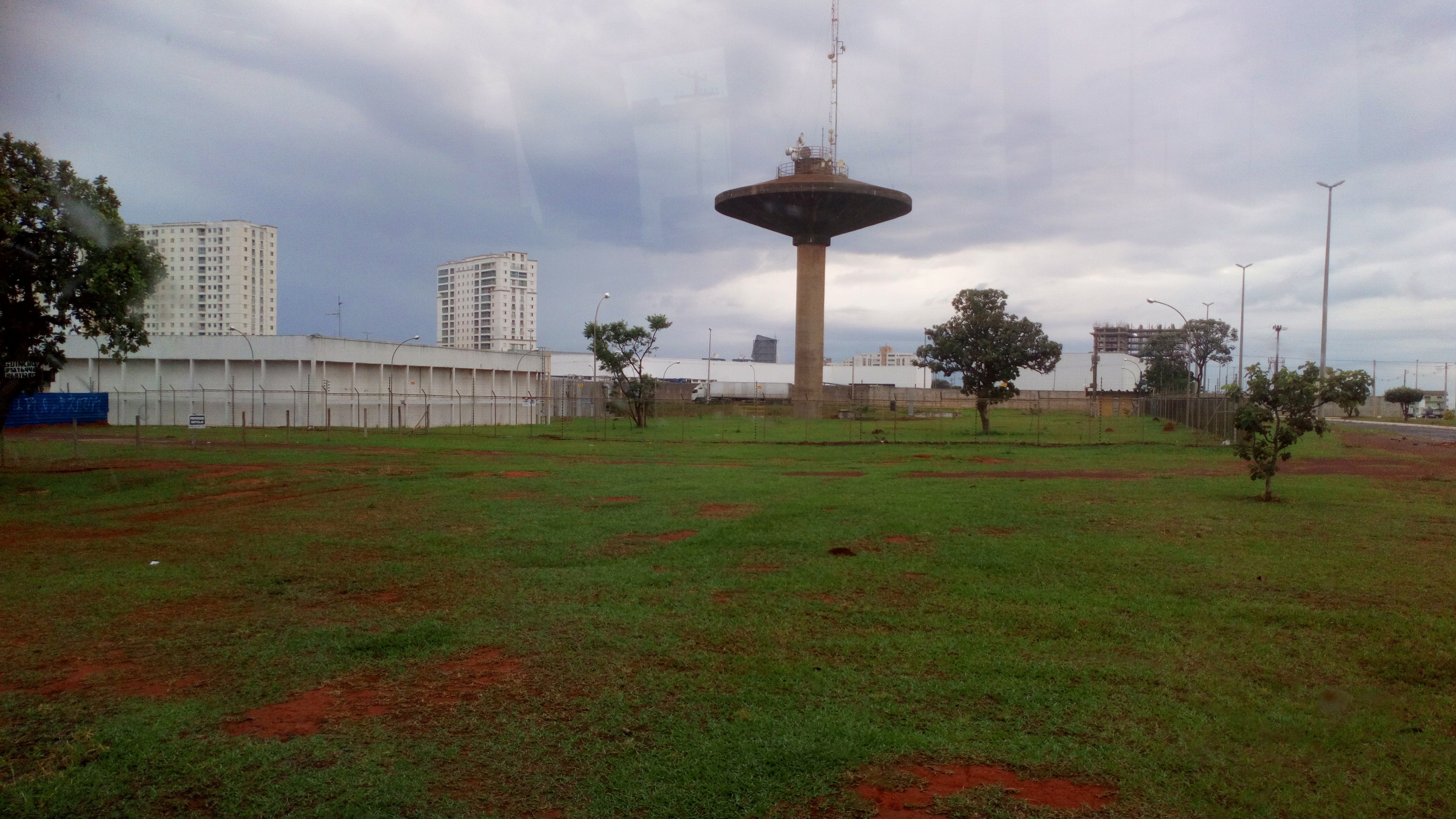 Fell asleep after dinner and woke up at a bus stop at 1 in the morning. I didn’t know when I was supposed to get off in Anápolis, so that stressed me a little bit.

Fell asleep after dinner and woke up at a bus stop at 1 in the morning. I didn’t know when I was supposed to get off in Anápolis, so that stressed me a little bit. But thanks to my earlier travel friends, I had found the perfect app! Maps.me lets you know your position, even if you don’t have internet! You have to make sure to download all maps in advance though, since it doesn’t come packed with the whole planet in detail. But even without detailed maps, you see where on the planet you are, so there I laid under my sleeping bag and watched myself getting closer and closer to Anápolis.

People who know a lot of Brazil, such as Brazilians for example, get very upset when I talk about missing the Northeast part of the country, which is supposed to be the shit, with nature, beaches, dances and everything.

But I don’t care about nature, beaches or dances. I care about people, alcohol and architecture. Especially ugly architecture, such as the ones you find in formerly Communist countries and in the outskirts of Stockholm where I grew up. And most of all: in Brasilia.

In the 1960s, modernism was the new hot thing that everybody loved, and you see a bit of it everywhere. Sweden was extremely rich back then, after having been quite poor, so the whole country is therefore extra attacked by it, such as the disperse concrete suburbs of Stockholm and Gothenburg. Same for Brazil, who got it’s new capital in 1960, drawn by a Le Corbusier-apprentice: Oscar Niemeyer.

The buildings are ok. The problem is the amount of grass between them. So much grass that do so little for the people. Yes, research is packed with articles about how nature is good for humans. But nature also kills us, if its located right between where we are and where we need to go. Having long commuting times makes you fat and depressed and live shorter.

I got on a bus that “maybe” went to the centre. I took the chance, and watched more and more people get on, which is a good sign. One good rule of thumb for parks: if they’re empty, draw streets through it, and sell the land to various owners who’ll pack it with everything that people are willing to pay for. That’s how money works – it’s not only a master of all evil, but actually a way of transforming human needs to their completion. I’d do that as the mayor of Brasilia! Elect me now!

The low density of Brasilia even makes it hard to run a metro here. It’s a car city. It took me 90 minutes by bus to go from the regional bus stop to the city bus stop, completely surrounded by packed cars.

And the long commuting distances make housing too expensive. There are tons of cheap housing in Brazil. But not enough of them are at a reasonable distance from the work opportunities of Brasilia. The minimum wage for Brazil is 200 USD/month. The rent for a small studio apartment in Brasilia is 350 USD/month. So what do you do? Here’s the precariat living in tents. The first tents I’ve seen in this country. Brought there by Niemeyer himself – or rather like a consequence of his actions, and most of all, of Brazilians protecting him.

The worst is not architects – the worst is normal regular people who protect what the architects have been doing, who simply forget to read the statistics that show what people want, and how that is good for them, makes them live longer etc. In Brasilia its extra hard, since the inhabitants of the new architecture are the richest and most powerful. In Stockholm we already had a city for the rich, and the modernismia is inhabited by the poorer. But in Brasilia, the rich people are enjoying living far from all the poor. Brasilia is the safest city. If you can afford living on the inside, you have nothing to complain about.

I went to the “Centro Comercial Boulevard” on my epic quest for le Internet. To go there you had to walk a huge detour around all the traffic. For us who didn’t feel like it, we just waited until the cars above stopped by a red light, and then we ran over to avoid the cars that then came in from the right.

But the shopping centre was mostly empty! In Brazil’s capital? This is what happens when you listen too much to architects who knows everything about “curves” but little about how a city works.

I bought a SIM card in a pharmacy and in the more popular shopping centre (because it had straight stairs to it) I found the company itself, who told me that I had to be permanently living in the country to make it work. I did find another chip though, that didn’t have such restrictions, and bought 3 GB for 10 euros. I somehow used up all of it by surfing for one hour. Physically impossible according to me. “Olha, o bobo que fala inglês ouve mexer a boca” according to them.

Then I visited my friend Arthur. He is an engineer, building foundations, and is living with this very dangerous map on his wall. He is already planning his 5 to 6 year long trip. He’ll go everywhere where he hasn’t been already. His trips are &/%/#&. Like, I said, “The Sinai peninsula is a bit dangerous” and he was like “Yeah, but it was good when I hitchhiked through it”.

Then we took the car to play pool and were slaughtered into screaming little bits of flesh once known as humans by his sister Talita.