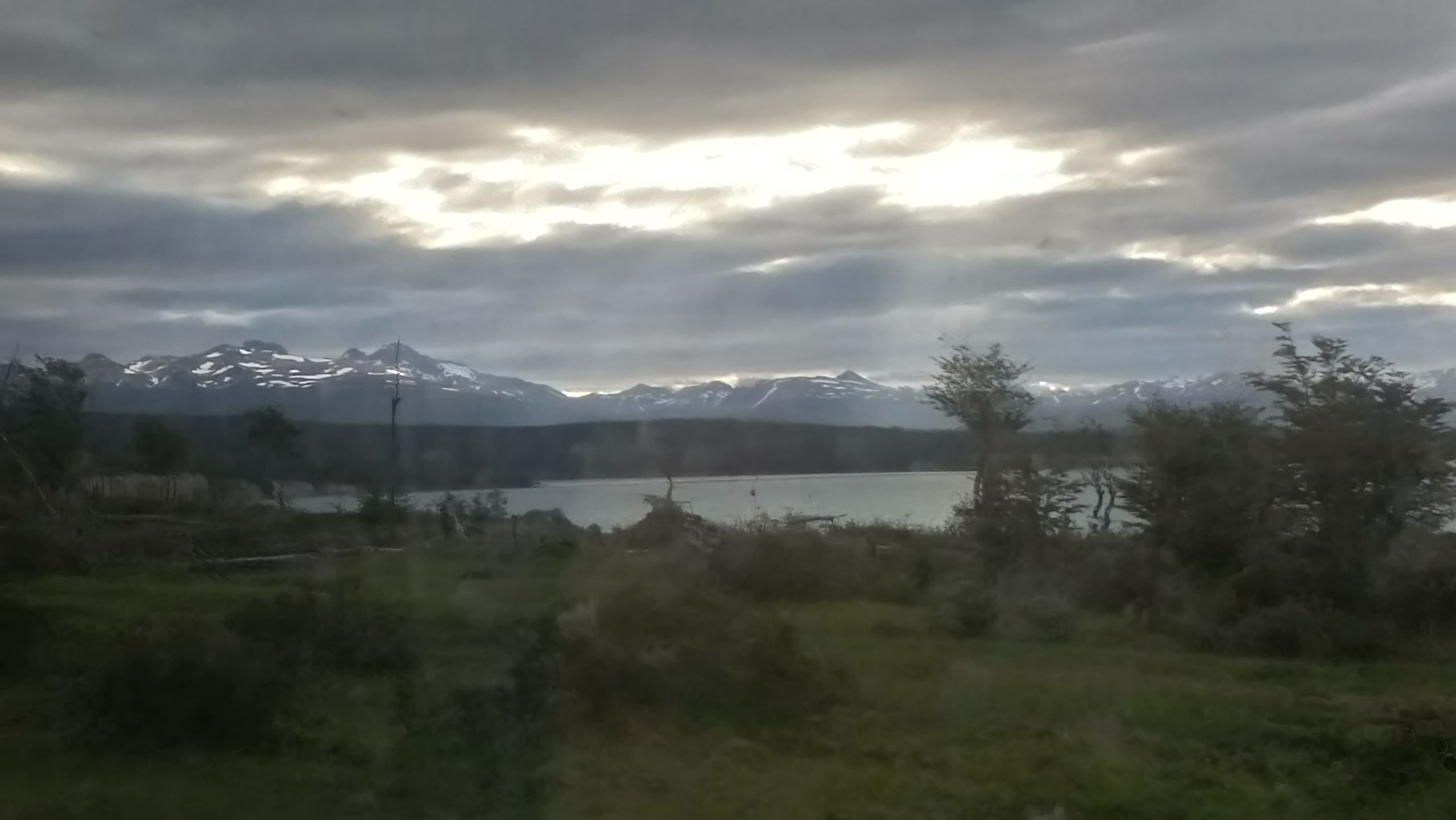 The area along the Southern coast was packed with statues and other forms of honours of the attack by Argentina on Falkland Islands of 1982. Brave soldiers walking around ashore telling people they would speak

The area along the Southern coast was packed with statues and other forms of honours of the attack by Argentina on Falkland Islands of 1982. Brave soldiers walking around ashore telling people they would speak Spanish if Argentina had more cannons 167 years ago etc. Even in the bus station in Rio Gallegos they showed the proper map of the area, for people buying bus tickets, such as me.

The cat Swiss went to their hotel rooms, while I got a ticket for Ushuaia. After a few hours we left again.

The tall Indian on the left is from South Africa. We talked about Mahatma Gandhi who lived in South Africa for 20 years. Apparently, Gandhi is packed with more or less racist quotes against blacks, and is therefore not at all a popular name in South Africa. It’s like choosing a traditional Hindu wheel for the Indian flag, which added to the hostilities between Hindus and Muslims back then, a continuing headache for the planet.

Back in Argentina, they wanted me to say where I would stay. “By a friend” I said, and got my stamp in the passport, mainly because the guy didn’t know English enough to explain why I needed a hotel booking. I guess homeless Swedes is a great problem in Tierra del Fuego.

I think that Patagonia is famous in Argentina for having things that the rest of the country is missing, such as trees. These forests were quite mystical, sometimes packed with dead trees. It’s like the trees got more and more vital the more south we came.

In Ushuaia I quickly found Claudia’s apartment, and the keys she had hidden for me. The most welcoming message I’ve ever got! I took a good long shower, tried to stay up but passed out.