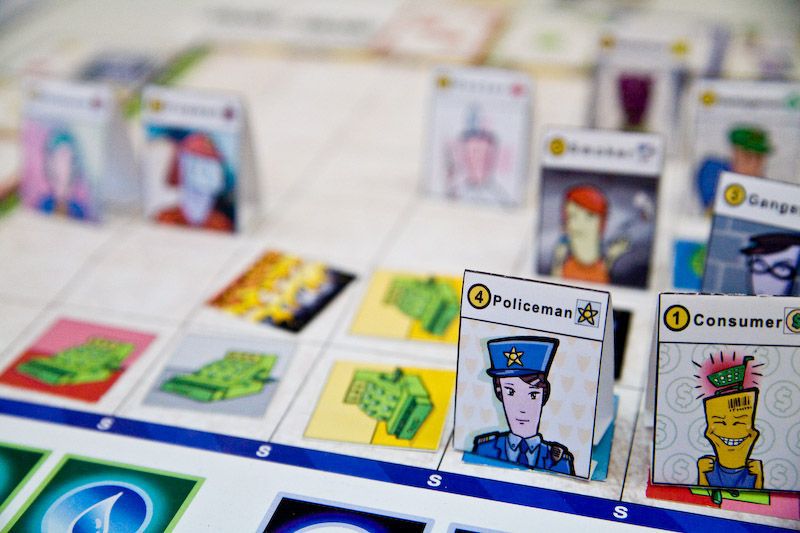 My cell phone just died. I can’t give it life. I hated it actually. I just kept using it since I don’t want to throw away electronics. It’s production could have killed several Chinese-beaten Congolese

My cell phone just died. I can’t give it life. I hated it actually. I just kept using it since I don’t want to throw away electronics. It’s production could have killed several Chinese-beaten Congolese kids and so on. So I decided to use it to its bitter end. And I think that this is it. Soar some bitter tears for my cell phone!

Now, I do have a second cell phone, that has been hidden in my bag the whole trip! It’s now time for it to take pictures, chat on whatsapp, show me maps and whatever you use it for. Maybe even call with it!

I would really recommend buying a good cell phone that lives forever. I had an iPhone that I loved, but had to change it in order to use BankID and other services that didn’t work on that old one. I really recommend buying expensive phones with a long life. That one lasted seven years and worked the same the whole time. This last phone was a Sony, and died after just three years. Maybe I could get it fixed, maybe not, it’s a bit hard to do business right now because of Corona.

Buy iPhones and Macs 🙂 And use them for many, many years. When they break, try fixing them. My mom has had her Mac for more than ten years. You actually save money! And Congolese children.

Anyway, this means that I simply don’t have any pictures right now about that Friday three days ago that I’m writing about now. Which is a shame, as the ride from Salt Lake City to Denver was so beautiful! Tons of snow, rivers and mountains.

In Denver, I met my good old friend Nate. Yes, my favourite Americans are all called Nate. It’s very practical when it’s hard for my bleeding brain to remember first names. Nate (the second) and I met in Essen in 2007. I came there from nothing, with my first two games Seigo and StreetSmart. He came with his first game San Quentin Kings. We worked close to each other at the Spiel fair but didn’t talk much at all. The Essen game fair has about 150,000 people coming to roughly a thousand game companies, so it’s a huge place. On the last day, I had unsold games, and so did he, and we changed a game with each other. I didn’t believe in his game at all. He had drawn it himself, and it looked terrible.

But one day that year, we started playing it at home, and it was so fun! I had to write him and give it my praise. And he also loved StreetSmart! So since then, we’ve been board game lovers S2. He has now made six of the world’s 10.000 best games, while I have one. We’ve shared shop and housing in Essen for many years. We haven’t met since 2012, but there he was, at the Denver central station! It was lovely to meet.

We took a drive to his place, that he is sharing with his dad and Wendy, his girlfriend. This dad thing made it all a little bit complicated since you’re supposed to avoid old people … but the Corona panic simply hadn’t caught us enough yet. Three days ago.

We had dinner, and shared it with a beer. I never saw him drinking before, so I had made this my sober week, being all sober in both Las Vegas and Salt Lake City, but I can’t resist a beer from Nate Himself on a Friday night!

We had a lovely night, eating lovely Cajun dinner, and drank it all down. The evening we played a game of StreetSmart. Nate kicked my ass.

Funny thing though, is that he is a Trump fan. Of people that I know personally, he might be the only Trump fan ever, the only person that I know a bit personally. Well, of course I also know other Trump voters, but no one that I know this much. And he did vote for Obama both times. I decided to not debate at all (well, that never works but I had the ambition) but wanted to really, really dig into WHY. And I think that there are three mainstream ideas:

Production being made in China instead of in the US, increasing American unemployment. This is exactly the reason Andrew Yang attacked in his campaign, a campaign that I think ended too early, and now left us with two super-Corona-vulnerable 70-year-olds (Biden and Sanders). Andrew Yang claims that the four million jobs lost in the Midwest were lost to automation and not to China.

The debate making some views make you a sexist/racist. The problem when someones starts liking some parties is how people start to throw all kind of curses at them. In Sweden, we have Sverigedemokraterna, who got 18% in the last election. And if you happen to vote for SD, probably because your opinions on immigration etc, people will call you a racist etc, and that might sometimes make you worse off, as you lose some friends etc. Sort of an outsider perspective. It becomes like a negative spiral. And for such people, it feels so good to feel Trump tell those “bad things” (whatever they are) from the president’s seat. So my message to you, whoever you are, is that I respect you 100% no matter how you vote. I totally understand why some people vote in various ways depending on their experiences, friends, etc. Let’s have respectful discussions and respect each other.

There being only two parties producing more or less the same results. American democracy is a bit of a joke. There are only two parties. Only a few states really matter in the election, the “Swing states”. If you live in Texas or California, your vote doesn’t matter. Like, in the good old board game of the 1960 election, you are only playing on a handful of states. The rest are “safe”. And just look at the election of today’s democratic candidate: we had all kinds of candidates with all kinds of ideas, and we end up with the typical old white guy Joe Biden. And Nate found Obama to be a typical white guy, politically, so when Trump started screaming, swearing, pointing his fingers, giving speeches without proper sentences, then he went like “Yeah!”. And maybe Sanders is my personal Trump? I don’t know much about American politics, but took a test in Washington Post, and Sanders was the politician I agreed with the least. Here’s a blog post about that. But seeing how rotten the system is, I might vote for Sanders instead of Biden, get some popcorn and see what happens.

I really love Sweden having eight parties. And I think we should change the laws in the parliament so that we get stable majorities even if we had no lower limit, so that we could get more parties in. And parties out! I personally sometimes feel like going from Green to the Liberals, because of nuclear power, European taxation, and a better internal conversation about drugs and immigration. And if I did, I’d still be in parliament. I wouldn’t need to end up all the way at … Trump.

And then we played StreetSmart! Nate won.