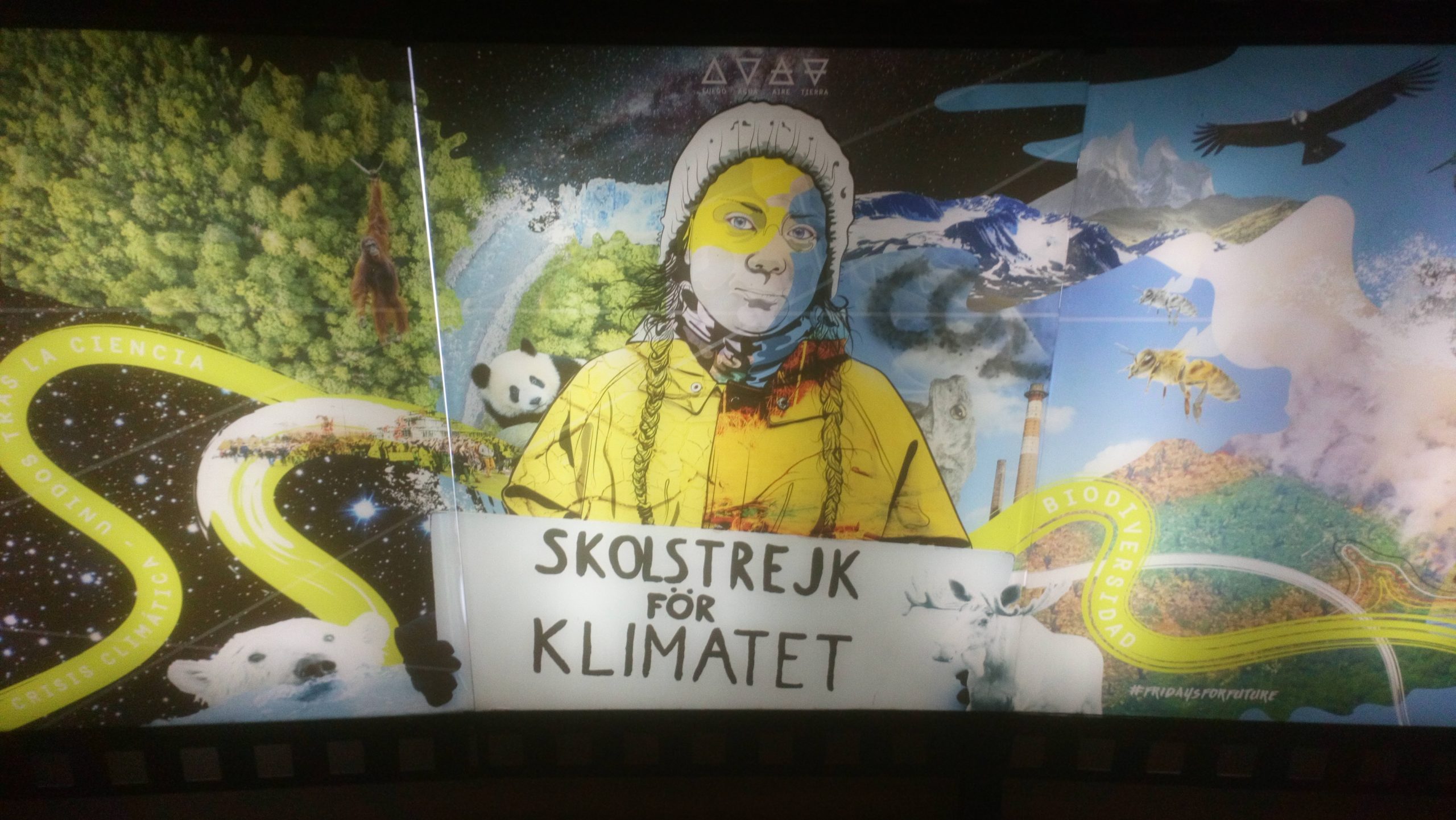 It’s laundry day today, hence the dark pink hat! Today I met with Angela and Paula, from Antarctica! They’re up here to get a little bit warmer, just like me. I’m starting the day with

Today I met with Angela and Paula, from Antarctica! They’re up here to get a little bit warmer, just like me. I’m starting the day with a litre of dark beer. I was having a smaller beer first, but two gentlemen on our side asked for litres and I felt my masculinity threatened. But now it’s ok again!

The ramen was ok! It tasted a tiny bit like spaghetti, but just a tiny bit, it was still ramen. Some pieces were a little bit hard. But the sauce was ample and garlicy. I give it a 4, on a scale from 1 to 5. So, so far, best in South America! (Although I’m sure that São Paulo would match this if I hadn’t scuffed away all the sauce by asking for “ommori”!)

Then we went to the Museum of Memories and Human Rights.

It was mostly about Pinochet, the guy who took power on Sep 11 in 1973 and started killing everyone who didn’t believe like him. The theme is classic Latin American: Democracy creates leftist government that gets a little bit “too” leftist, so the upper class and military step in to “help out” for “a while”.

There was a lot of space dedicated to the world’s reactions. In the middle here is a Swedish poster. I don’t have that many Chile memories from my own childhood. I don’t think we had many Chileans in our suburb. But demonstrations against Pinochet reminded me very much of this movie, which is 100% true, as ridiculous as it might seem (although the story itself is made up).

One thing I don’t think the exhibition went into, is how popular the Pinochet regime actually was. Not among the murdered or tortured or their families, but a lot of people liked it, compared to the “chaos” of before. A friend of mine went a year in an exquisite Chilean high school, and there they still had the “celebrate Pinochet” day once a year (in the late 1990s).

One sign of this was perhaps the 1988 referendum that ended the Pinochet times. 56% wanted to go from dictatorship to democracy, while 44% would like to stay in dictatorship! That’s quite an eye-opener, actually. In Hong Kong, it’d be like almost 90-10% if voting to be under Xi Winnie Jinping or not.

So the reforms since then, hasn’t been as “ultra-left” as during Allende, partly because of a bicameral parliament that slow things down. So where I’m from, Chile is regarded as a “neoliberal kingdom” with private hospitals and schools etc. Which could, or could not, have something to do with the protests that are currently on everyone’s mind in the country. (And which started with a group of economists rising the subway fare according to some magical rule involving USD and EUR movements.)

I went too far on the subway, and took line 6 home. Changing to line 1 in Los Leones, I finally found myself in a weird “Sweden tunnel”. First we have a moose and a big black cat (probably my Santos).

Then Gröna Lund amusement park, another viking ship and, on the right, the made-up drink “Absolut Viking”.

Prime minister Olof Palme (murdered in 1986). Our Green party Activist (with dad from Chile) Zaida Catalán (murdered in 2017). And for some reason, the only alive politician, former prime minister Carl Bildt. Maybe he’s here because he’s the only politician in the world that has taken it’s country more right than even Chile has been (thinking about the Swedish school system).

Oh, and Greta Thunberg. Also alive. She is my idol. For not being so human that she wants to kill us. We should all be little bit more like Greta. How do you do? Easy:

This sudden appearance of dead Swedish politicians moved me a lot. And with Greta at the end, I got very happy! I love her.

Then we had dinner with Rosario’s job! From left to right: Rosario, her colleagues from the lawyer office, me.

I asked a guy why we got these protests in Chile of all places. What was here and not elsewhere? He blamed it on the inequality of education. Every single person on the dinner (except for me) had gone to private high schools. The public high schools were free, and full of shit. So he’d invest heavily in making the public education as good as the private.

But what if people still don’t get jobs because employers care more about the name of the school than the quality? What if there aren’t enough jobs? What if machines make half of the people in the picture above unemployed?