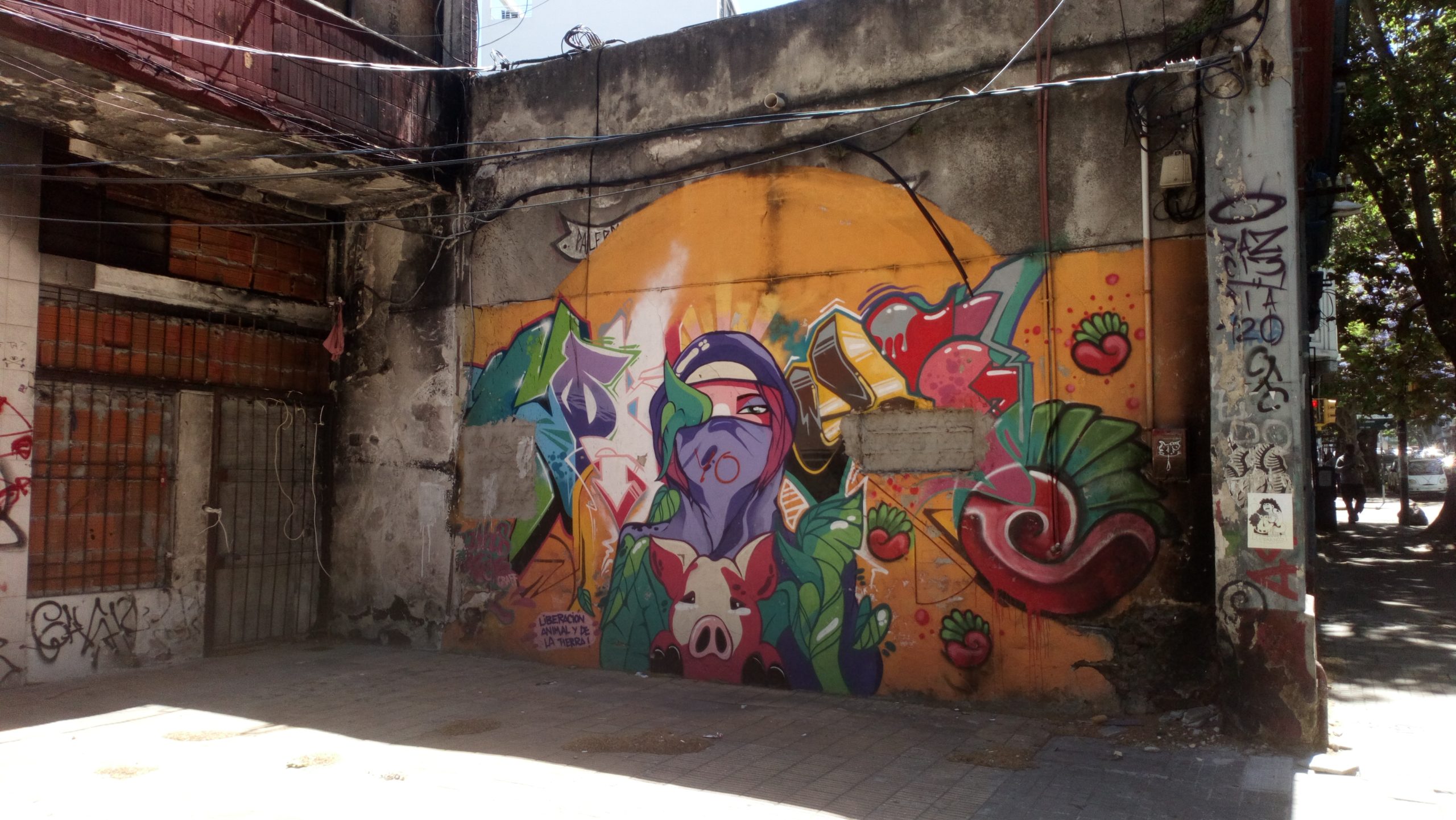 Despite the colourful toilet, there were too many foreigners in there. It was like sitting in USA rather than in Uruguay! I had to flee. And I needed to wear a sweater because of the

Despite the colourful toilet, there were too many foreigners in there. It was like sitting in USA rather than in Uruguay! I had to flee. And I needed to wear a sweater because of the cold weather. They call it “summer”. Yes, a very Swiss summer!

Had spinach- and nut-filled pasta here for ten Swiss franc.

Do you see the flag to the left of the Uruguayan flag? It’s like a Russian flag upside down. It stands for the left party! Those who didn’t win the last election.

Everyone can grow six plants at home, and if you don’t know how to grow your own softness, then you can ask in here.

I got so sleepy and wondered if it was possible to rent a hotel bed for two hours. In Japan and Taiwan you can, but here … whatever, I found a bar in which every single person, including the workers, were drunk. Had a horrible and entirely packed glass of wine for one euro. People bought drinking glasses of strong alcohol, like “give me an 18 whisky”. I wanted to take so many pictures in there, but didn’t, as people might find me a nosy tourist. But I really liked it in there. Because having a bar packed with the trash of the trash, and still being able to sit comfortably in there, is a sign of a well-functioning society. In Trinidad I ran away from there, but here I sat and tried to have nice conversations. Btw, if you’re from Sweden and fighting against the epically annoying Sweden/Switzerland confusion, then Zlatan Ibrahimovic is a good character in football-crazy countries! Like Jan-Ove Waldner when in China.

I would visit my friends Jaime and Pablo at 19:30. I tried to find a bar or cafe near their place, but didn’t. But someone put a sofa right outside their door, so I sat there and played “Mini metro” until it was time!

Pablo is from Uruguay and Jaime is from Chile and they’re married. I asked which of the two countries that was the more advanced, and I then regretted it since a divorce almost happened during the discussion :p But I think it’s easy to show it through geography. Which country is more north?

As you can see, the most Northern parts of Chile are more North than Uruguay, but on average, Uruguay is definitely more North. You can’t sit in the trashiest trash bar in Santiago and just have a good time. It’s like comparing USA with EU. Yes, I prefer Silicon Valley to Kista. But I definitely prefer getting a brain hemorrhage in Kista than in Silicon Valley 🙂 I hope I solved their marriage now!