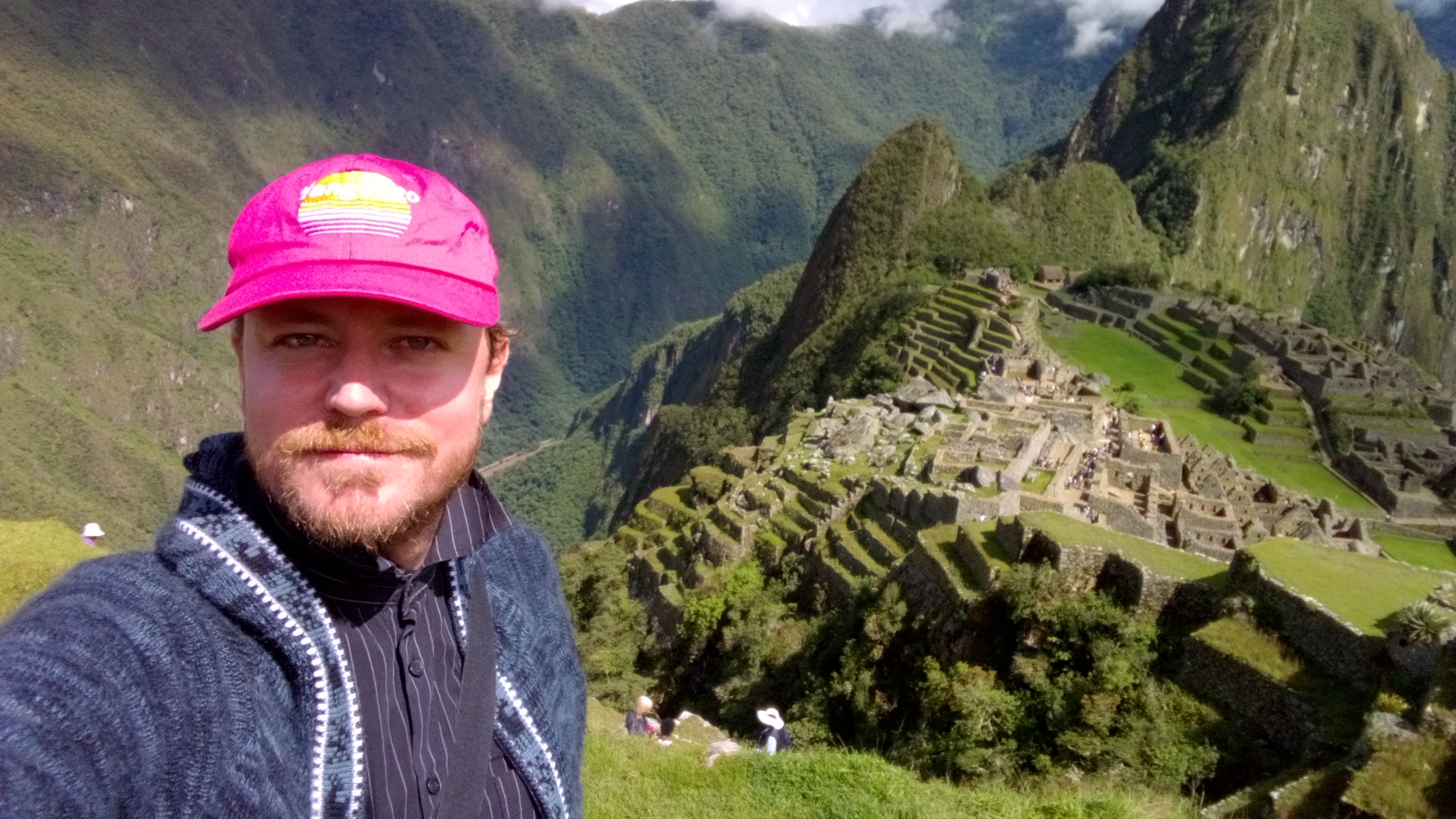 Woke up at 4 am to be transported to Machu Picchu. Besides me, there were two Australians – of course. We got a long, long bus ride. In Ollantaytambo we got a train ride. I

Woke up at 4 am to be transported to Machu Picchu. Besides me, there were two Australians – of course. We got a long, long bus ride.

In Ollantaytambo we got a train ride.

I was sitting in front of two other Australians. I asked them if I could visit their country next summer despite all the burning. They said “yes, of course, there is nothing more that can burn now!”.

Here’s Machu Picchu – the city down at river level.

The ticket I bought included a bus ride up.

And a little bit scary.

Machu Picchu is built on a “medium” level, at 2400 metres. This means that it’s high from the river ground, but also low compared to the mountains around, and full of nice fresh water from them.

Our whole group. Except for the two Australians who didn’t have bus tickets and are still walking up from the river.

Maybe the most amazing part of the building is the farmland, that is built in these stairs.

And what did they grow up here? Potatoes, of course! All kinds of them. And corn.

The guide used a lot of “we and them”. He considered himself a direct ancestor of the Incas. The stern face he made here, is talking about how the Spanish came and killed “them”. “Inca”, btw, is a source of governance, it’s not a “race”. The Inca Indians consisted of three various Indian cultures, each with their own language, among which one served as lingua franca.

Here’s like a moat, separating the city from the fields. I never really understood the concept of it. But maybe it was just getting rid of unwanted water. Because the grounds here got more water than needed!

It was a very hot day, and I had to find some shadow to rest in. Weird thing about the shadowy parts is that they were all wet! And full of lizards, like this old friend 🙂

Look at how the farm lands stretch down until the steep … I’m glad I’m not working there!

Machu Picchu was built by one emperor as a “summer house”. Most buildings seemed to be geared towards religion or education. The Spanish never found this city, and there are no signs of violence here. The city was either abandoned, or that the remaining people died of smallpox.

In these houses experts lived, who carried out the education of people in astronomy, agriculture etc.

Here’s a sun temple, with windows situated so that they only let through light on special days.

Here’s the main emperor temple. It’s situated in the very middle of the city, not on one of the highest places.

Tourists in front of an earthquake-damaged temple.

Here they made laboratory experiments, as trying how various seeds liked the land.

Most buildings around here had some sort of connection to religious practices. It felt like 50% of production was in some reason connected to the mysteries. Which is frankly a waste, and possibly an expensive way of keeping control of the people.

Me in front of my favourite mountain.

There aren’t that many windows in the houses. More common than a window, is a “half window”, where you could put stuff that everyone saw, such as … mummies. Of course I have a mummy in my room! Who doesn’t?

We found the river!

And there’s the city!

And here’s our train home.

And who did I find on the train home, if not these Swedes! None of them were snusing, but great company anyway! The dad (on the left) is from Chile, and the mom (not present) from Peru. The two girls are raised and brought up in Sätra, Stockholm. They were packed with information about South America, but also Lebanon etc. We had plenty to talk about!