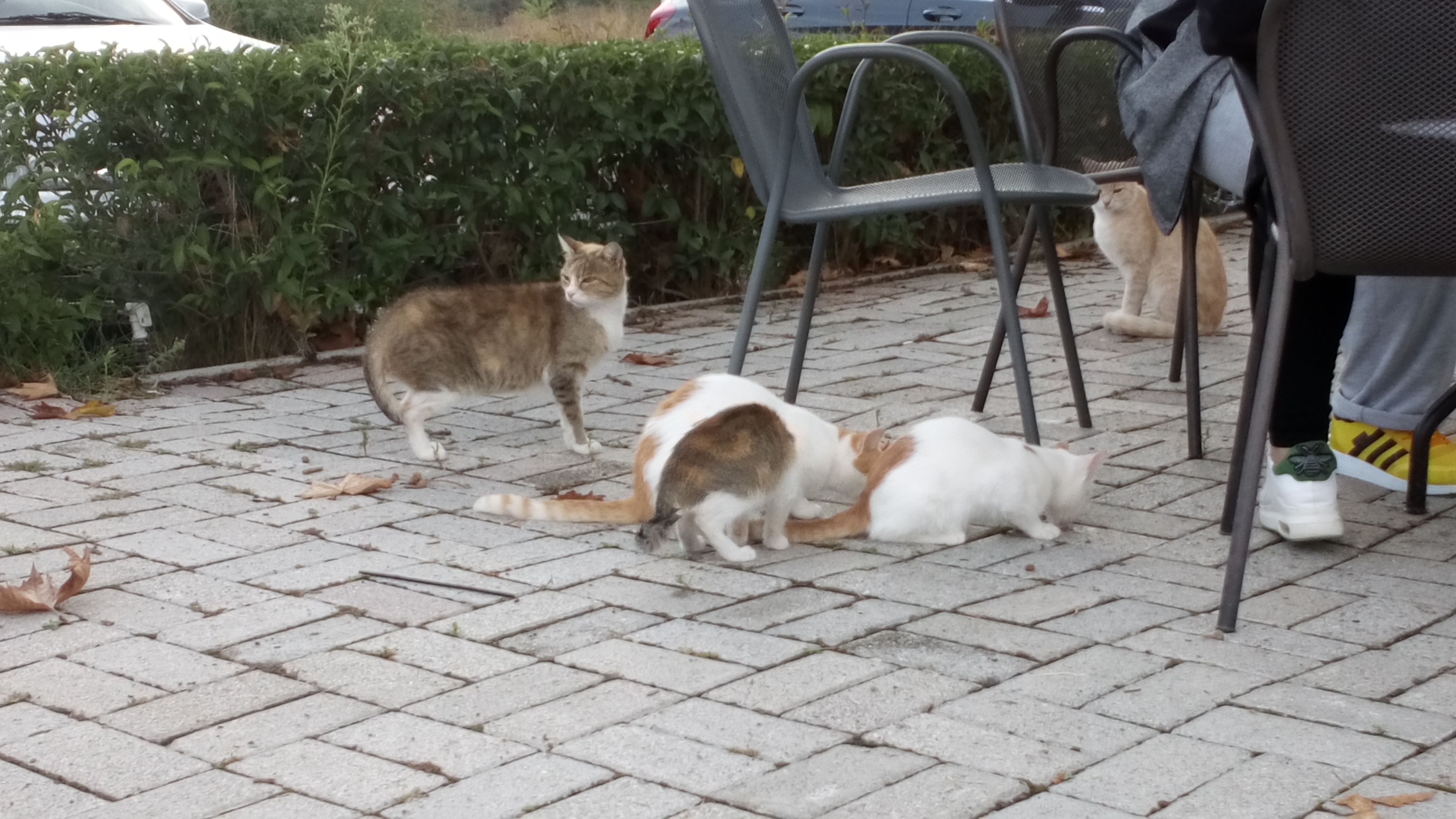 I wanted to have dinner in Tirana in Albania so I took the 8 am bus back to Thessaloniki. Sitting on the bus surfing at tickets, taxis, maps, blogs etc, I realized that the chance

I wanted to have dinner in Tirana in Albania so I took the 8 am bus back to Thessaloniki.

Sitting on the bus surfing at tickets, taxis, maps, blogs etc, I realized that the chance of me actually getting to Tirana in a decent time were pretty small, and would take a lot of money, dealings etc. The good old bus would arrive at 4:30 next morning. I started feeling tired. Going out each night and wake up early and continue travelling is a lifestyle you need to be a little bit careful with. My lungs are good, btw. The doctor fixed them using her secret “Winston” breathing appliances. Anyway, I ended up booking a nice night ticket from Igoumenitsa instead.

The bus to Igoumenitsa went at 3 pm, so I had plenty of time to take photos of the beautiful bus station in Thessaloniki. It’s called “Macedonia” and I’m sure it’s packed with all kinds of conservative details, but the look is very nice.

We came about 1500 meter high with clouds and fog everywhere. It was cold outside, down to 18 degrees. Almost like Sweden.

In Igoumenitsa I bought a boat ticket to Italy including my own bed for 73 €. Then I went for dinner.

It started raining like hell. Like I’ve never seen it. The streets were so wet that you were walking in water. It started flashing like crazy. Sometimes the thunder was far away, and sometimes right above us, which was like being bombed by airplanes, hallucinating about Mussolini bombers. It was awesome, because now I got to use my rain bag I bought. It’s supposedly large enough to fill your backpack and all. And it did. But it left the arms and legs all wet. Which is ok, I don’t need to be dry, I just want to keep passport, computer etc dry and nice no matter the weather. And in the end it fit back into its old plastic bag.

After checking tickets and all, you got out to a big parking spot with two ships. We waited for a while for a bus that never came, and in the end people just starting running through the water and trucks to their ships. I wasn’t sure I was on my right ship until my own room door opened.

In the bar area I looked for a table packed with bottles and English-speaking people, and what did I find if not these Icelanders! They had been raiding Greece and was now off to create a Norman colony in Southern Italy. They had also been to Albania and Montenegro and hated all the plastic that was lying around everywhere. Modern Vikings are so clean you see, recycling and stuff. There names were Reike and Reisse or sth like that, and if you’d like to see them in real life, then they’re currently running a blót hostel in Sakskøbing in Lolland, which is great if you’re going from for example Sweden to Germany. But please let them finish their awesome trip first!

After them I talked to some Moldovan bus riders, who – like always – knew a bit of English. They liked their work, but disliked not knowing when they could work or not. All these travels came a little bit random for them. I wondered if they have saved enough for the day when all trucks drive themselves, but didn’t ask. I suddenly got this strong feeling of a class society. We all take millions of decisions in our life, whether to get up or keep sleeping, brushing teeth or not, doing homework or not. But the choices we get – and the information needed – varies depending on where we were born and to what parents. If you were born a street kid in Nairobi then chances are high that you’re sniffing jet fuel right now. The world is a lottery, and to give everyone equal feet to stand on, we’d need a distribution of 99 % of income. That would crash the economy though. So the taxes we have should be the most effective taxes, as in 1) creating a good economy and 2) divide it’s fruits. But they are never fair. A fair tax would be way higher.

People were sleeping on the floors everywhere, even kids wrapped up in blankets. It looked so poor. I also slept on the floor when I took this boat 12 years ago, hitchhiking up money I got for eating psychosis medicine that hadn’t been tried on humans before. But Jesus, when just 20 € gave you a nice, comfy bed, hot shower and everything. I slept as soon as I parked my body in this bedzzzZZZ…