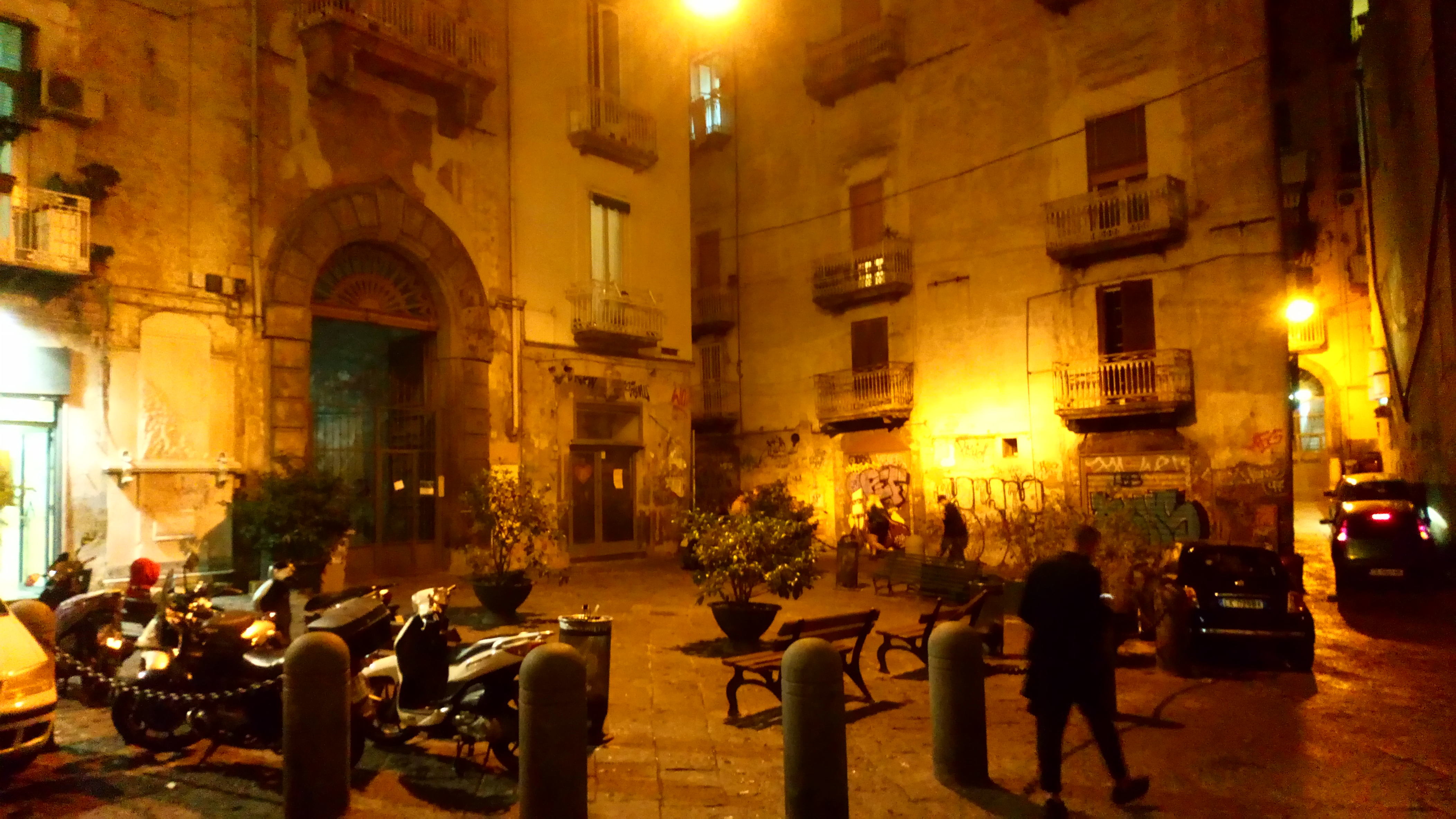 Last night I pulled up the curtains but could never pull them down, so I woke up in blistering sunlight and the sound of a million cars. I checked the time and it was past

Last night I pulled up the curtains but could never pull them down, so I woke up in blistering sunlight and the sound of a million cars. I checked the time and it was past check-out so I packed my things and got out of there. Had 1.5 € breakfast of coffee and a bread and sat working for a while.

I found the bus stop and really wanted a fresh plate of tortillas or something for lunch, but close to the bus station there was only bread and meat. But here we have cashews from Vietnam and ginger from Thailand. I’m sorry for the plastic, but imported foods are the best if you look at greenhouse gases. The importation of these two is like eating two grams of beef – a hundred lunches like these are like eating one hamburger.

In Neapel I met my old friend Jonas. We met at the age of 14, drinking tea on top of Skinnarviksberget in Stockholm. The first thing he ever said to me was “did you make out with Braxen?” and I said no. I’m sure she wanted it but I was too shy. Going to his home on the back of Jonas’ motorbike was the scariest thing I’ve done all trip. The thing with MC is that you slip in between all the cars and buses. Cars here, bus here, a few centimetres for us, slipping through, left, right, another motorcycle etc. And when that didn’t work, we got up on pavements and passed by the cars in that way. Traffic accidents are the worst cause for tourist deaths and illnesses, worse than all the diseases together. My brother is in India and I keep telling him “take the bus, no motorbike” and here I am, as the bad big brother I am. But Naples was wonderful.

Walking around in Naples was scary as hell. The traffic flew in all directions at all times in the narrow streets. But Jonas hardly minded. You get a certain kind of brain by living here, constantly calculating distances and speeds.

Jonas started his own Swedish company destined to sell a Swedish software to Italian companies. In Sweden they have 15.000 clients, so Italy could make it super-huge. The company is called http://callmaker.it/ so please spread it to any Italy company friends you have so that Jonas get rich enough to drink wine and eat fish tofu every day!

Spaghetti with mussels is the national dish of Naples so you have to try it. Very nice spaghetti, very juicy. And mussels are good for the environment! https://www.treehugger.com/green-food/mussels-clams-and-oysters-are-most-ethical-seafood.html

For dessert, I picked tiramisu of course, which has always been my favourite since grandma and grandpa treated me to Italian restaurants in my childhood. This one was even better than the one in Bari. It might even be better than Karin Tikkanen’s, but it’s difficult to compare desserts between so many years. Tikkannen’s was bigger though, a huge fucking plate for the whole corridor.

The political distances in Southern Europe makes the North look like a group of peace-smoking super half-green liberals. You’re either Communist or Fascist. Jonas claimed that he had friends in Naples who hoped that Putin would invade them and free them from whatever that sucks.

Jonas sometimes fears that a competitor will murder him. But if that happens, then I met him now and can tell you all that he has a fantastic time here. But if it ends soon, then he is willing to donate all his organs etc to help other people live fantastic lives.

No one was naked though. That was just to make a nicer title. Sorry!