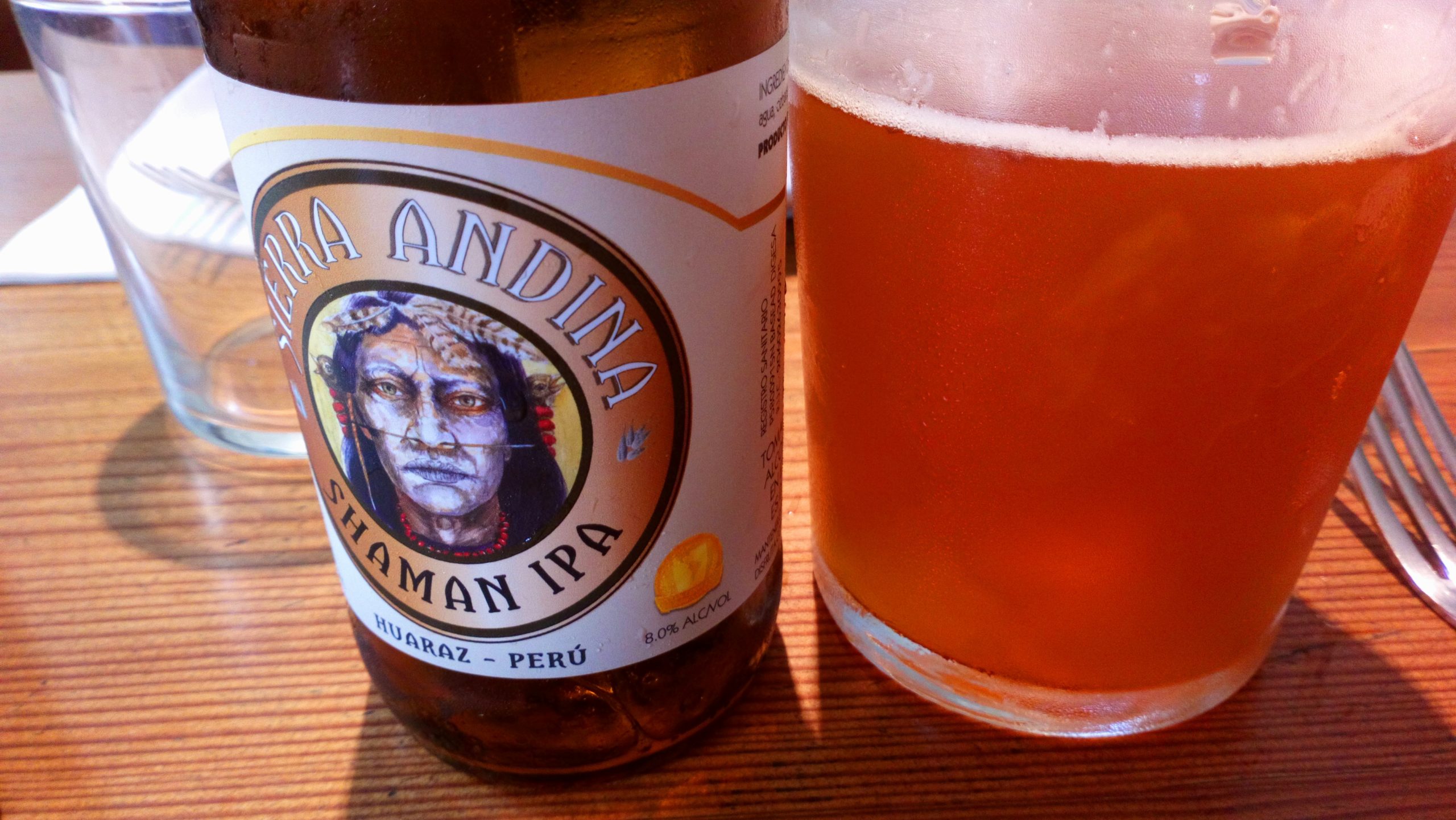 I like the buses actually, if you get your own, large seat. You can sleep, work, there is no internet, which I hate, but it’s quite nice to not be reached by anybody on the

I like the buses actually, if you get your own, large seat. You can sleep, work, there is no internet, which I hate, but it’s quite nice to not be reached by anybody on the planet. It’s a kind of freedom. And these buses with food is even nicer! It’s hardly the best food on the planet, but just eat it to get its nutrients.

Southern Lima is a traffic jam.

Got off the bus, got my bag, and took an Uber to my hotel in Barranco.

Nice room, for less than 20 USD a day! I later realized that there’s only cold water here, and that the windows could not be locked. I wonder what all reviewers raged about! But internet is fast, which I like.

Exclusive view from the room!

Protected by this statue. Better than locked windows I suppose.

We also have a tiny little dog. “Oh, no, yet a male human! Why don’t we get female dogs?”

For lunch, I trusted my Peru-Swedish friend Celeste. One of her recommendations was this place, where they even had gravad lax. 😀

And they had beer! Last week was my sober week, and February will be my sober month, so if I need to get drunk, I need to do it in Lima. And yes, I’d love to get a bit drunk! Here’s a shaman beer. The Swedes I met recommended that I meet with a real shaman in Lima, and eat funny mushrooms in their presence, to reveal stuff about the world and myself. The people working in my hostel could help me find one, they said. But I forgot. Maybe because of this shaman beer :p

Found two snuggly cats. Loving each other. Not me so much though.

Lima shows how 6 cyclists take the space of 1 car. Kill all the cars! Build metro everywhere!

I tried to find Celeste’s second recommendation for dinner, but didn’t. But instead I found this ramen place!

Waiting for my miso ramen. The excitement!

The noodles were thin and hard. Not my style, but definitely the style of some fancy ramen places in Tokyo where people queue outside. And my grade is not only the taste, but by how close to Japan you feel when eating it. So the noodles were a plus, as they made me feel closer to Japan. Fancy-class Japan, but still. Then some of the ingredients were a bit hard, like in Santiago. The sauce was huge, and very tasty. No garlic though. Tasty, not as in Japan, but as in Peru. Like the first quinoa soup. Of course it’s great with tasty soup! But it could have been more Japanese. I toyed between giving it a 3 or a 4, and in the end it became a 3, as I simply didn’t feel like having another one (which I always do). And a 3 is very good, I shall say! It’s an average grade. Better than many places in Japan.

Then I started to walk towards Miraflores. I tried to hit some people from Couchsurfing, like in Bari, and it seemed that those who were out were in Miraflores. The walk was long though. Very, very long and boring. I underestimated the size of this city with its ten million inhabitants. I had to walk over all of Sweden from one beer to the next.

And I found no couchsurfers. But I found Fernando! A Brazilian gentleman who took care of me and all my party needs. He asked me to ask him anything about Lima. As a common foreigner here, he’d help me! I’ll remember that Fernando. There is a night tomorrow as well 🙂

One thought on “Party in Lima”