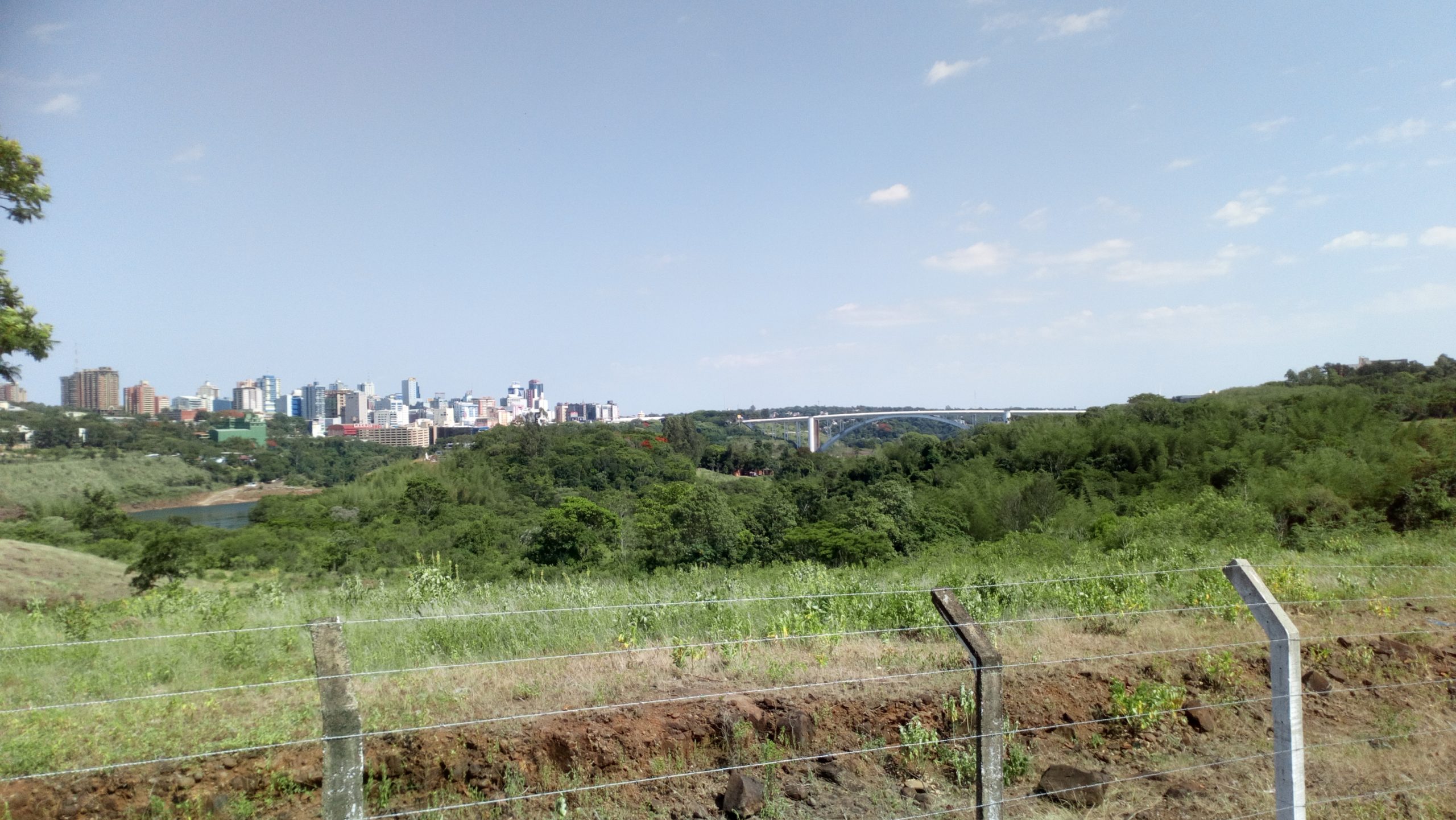 I woke up at 3 am. I knew it was 3 am, because the voice said it, again and again: “It’s three in the morning, it’s three in the morning, this is against my religion” etc. The other drunk tried to silence him but he was like “I don’t care, I don’t care”. He went to sleep under my bed, and laid there watching something loud at his telephone. Eventually I had to poke my beanie-dressed head down and tell him to shut the thing off and he did. I think it took me an hour to fall asleep again. Then I was awakened by the other drunk guy touching my legs. He was looking for the toilet, and I must have really looked like a door out of the room. My body is OK, but looking like a door? Eventually he turned the light on, found the door out, pissed, came back and it took me many minutes to fall asleep again. I finally woke up at 7, although it felt like 12. I packed my things and did some Internet in the lounge, and the second drunk guy showed up and apologized for feeling my legs when trying to piss. He was now going to the waterfalls.

I walked to Paraguay.

I saw some evil cows farting us extinct. I was going to call the image “cows love trees” when one of them suddenly starts copulating with another one! Do you see the one standing up? It’s got a cow below! They really liked each other actually. They showed so much love for each other. It would have been a lovely cow family, if not the calf gets removed blablabla [/vegan rant].

Paraguay is often called “poor”, “underdeveloped” etc. But this view of it looks rather nice!

A guy threw out a plastic bag from his car window! It was flying there, abandoned. It would have ended up in the Iguaçu river, and flying down the Iguaçu falls applauded by drunk tourists, and then lived in the Atlantic Ocean until swallowed by a whale, that gets beached in Angola and can’t be eaten because it’s full of shit and this makes a country far away tax their sugar-made bags (yes, Sweden does that, not understanding how taxes work).

Anyway, none of this happened, because I caught the bag, and threw it in the trash! The whale loves me now 🙂 As for Sweden’s minister of finance, I have no idea.

The border was a very interesting place packed with people of all kinds. Paraguayans looking for work, Brazilians looking for cheap prices, an African family taking pictures of themselves etc.

Where the bridge started, there was an office. I walked inside, said goodbye, they stamped my passport, and here I am, all paperless.

1 The cars. There are almost no trains. People go by car everywhere. Except for in São Paulo, I didn’t see people walking long distances or cycling. If you walk for 15 min, you’re crazy. If you walk for one hour you’re either homeless or a lost Swede, or both. Streets lacking physical people actually makes them more dangerous, since there’s no one around to see a crime. I guess this is the case for all rich or middle-income countries outside Europe and East Asia.

2 The food. The country is packed with breakfast places, which in itself is a great thing. But the food was always bread with meat inside. In many shops, the vast majority was just sugar in various forms and in various colours with various tastes and marketing. Sugar, sugar, sugar. It’s like the country is killing itself faster than it kills its jungle. And, btw, here’s what English Wikipedia is saying about açai berries: “As of 2015, there are no scientifically controlled studies providing proof of any health benefits from consuming açaí.” You are fooled!

3 The prices. I was a little bit surprised how expensive it was. The 17 euro lunch really took the price. Of course, higher prices is a measure of the country doing well, so I’m happy for that of course! Or maybe not, since a lot of money comes from meat exports.

What I really liked with Brasil:

1 The people. Every single person I met, friend or stranger, were polite, nice and happy. I never saw a fight or anything bad. It’s like the whole country gets ecstasy or whatever in the water. I have no idea how people on ecstasy behave, but you get what I’m trying to say here. The whole country is smiling! With the small exceptions of the kidnappers in the beginning and the evil plastic bag litterer in the end. Avoid the borders, enter the middle, and be happy for the rest of your life!

2 The politics. Everyone was fighting. The Lula party in Brasilia, black people protesting in São Paulo, Pam is fighting corruption, Giselle is protecting women, Larissa cleans the streets of Curitiba. I love it!

3 The weather. I loved every single second in this country. So nice and warm! It’s like universe is constantly giving you a great hug full of love. And I have a sleeping bag for the freaking cold buses 😉

Paraguay is packed with Chinese electronics. Because of the country’s ties with Taiwan, China doesn’t import anything from Paraguay, but they’re happy to sell. So when I heard two Chinese guys, I thought they were here selling their stuff, so I started talking with them and was packed with Nazi jokes referring to their super-techno-dictator Xi Winnie the Jinping, and the recent election in Hong Kong where the people said “fuck you” to Beijing’s dictatorship. But not a single joke ended up passing my lips, because they were so nice! The friendliest people ever. They were simply travelling the world, including Stockholm, and one of them had a beautiful Latvian wife. We had a great time. They were running back and forth between Paraguay and Brazil in order to fix their diplomatic status. You see, Paraguay doesn’t care at all. But Argentina and Brazil cares. So when leaving Paraguay, you really need to find the passport office and get your goodbye stamp!

A friend of theirs had been robbed by gunpoint recently, so they told me a million times to be careful in Paraguay. I left them in a room packed with puzzled visa people, and entered the country.

I started walking the street towards the bus station. There were so many people and shops that it was impossible to rest anywhere, until the outside of this exchange office. I then moved in and gave them my real and got Paraguayan money in exchange. Then I took a taxi to the bus station. Which was good, because the one I had on my map was probably not the best one. In this bus station, I started queuing by an “Asuncion” sign, and a man quickly came and grabbed me. I was like “no thanks, I’m getting my ticket here, fk off” but he kept talking in such a polite and trustworthy way that I ended up running with him through the bus station. The bus drivers were like “we’re going nooow” so him and I got on board, he used my passport, asked for 15 €, gave me a ticket and then stopped the bus to get off himself. Maybe 15 € was too much, or maybe not, no idea, but I was in a huge, comfortable seat on the way to Asuncion!

I fell asleep and then woke up and enjoyed life. It was so comfortable to just lie there and watch Paraguay.

In Asuncion I took a taxi to the hostel. Besides the staff, all service to travellers was run by Vulcan, a Turkish immigrant who sold his home in Turkey and is going to start the first Turkish restaurant in Paraguay. The rest of the world has Turkish restaurants, but Paraguay doesn’t, so here is Vulcan, fixing this!

I told him to go heavy on the vegan side. The world is going more and more vegan. Asuncion is way behind, but Vulcan can be part of fixing this! Imagine going to eat his lovely mercimek köftesi, antep ezme, taze fasulye, enginar, fava, etsiz çig köfte, downing it with tons of various beer! I’d be there every single night in Asuncion.

There were also a Czech and two Poles there. Meeting Slavic people is great, since they all understand what is the most important on a night like this: getting drunk. No fuzzing about it. We downed all the beer, and then all the small bottles that we bought just because they were cheap. There was rum or something, I have no idea. The Czech got robbed yesterday. He walked in the central part of the city, which is safe, but then ended up a little bit too central: next to the Taiwan-built congressional building, there is an area packed with tents inhabited by poor people, and three young boys (from 8 to 17) suddenly showed up, put a knife to the Czech’s stomach, while emptying his pockets, and then disappeared. He went back there later (without anything stealable) and tried to offer money to anyone who could get his documents back, but no luck. A bit scared from that discussion, we all locked up our phones and passports, and then hit the town with some cash in our pockets. So no photos. But it was awesome. The most dangerous was the cheese on the pizza. Or the vodkas the Poles ordered. I had all of it.

One thought on “Goodbye Brazil! Saudades :/”