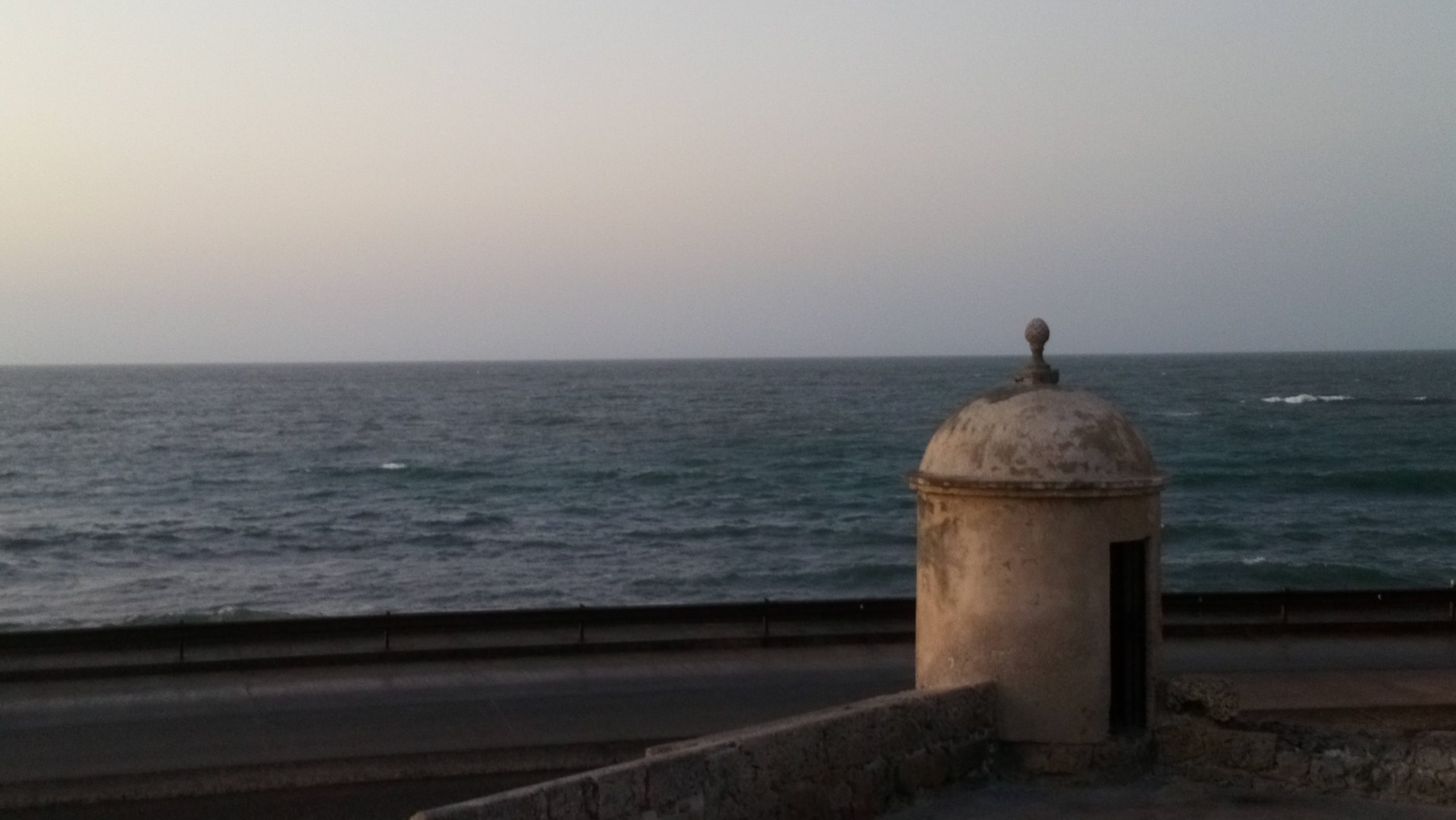 Started the day by working on my computer below these lovely trees. In the shadow it’s so lovely! Breakfast? Breakfast! After this, I can eat anything today. I love throwing things that I don’t really

Started the day by working on my computer below these lovely trees.

In the shadow it’s so lovely!

Breakfast! After this, I can eat anything today.

I love throwing things that I don’t really need. Like this metal sign of having bathed in Antarctica (1.7 degrees). Goodbye!

Cartagena is a bit unpopular by being “touristic”. But I don’t get it. Popular places are always touristic. There’s a reason you’re there! If you don’t want to buy “Ey, American? Buy Cuban cigars!” then don’t!

Look at the building on the right. See the stones?

They’re all animals! Millions of whatever has died in order to once upon a time make that house. I’d love to be part of a house for hundreds of years after dying!

I had googled “Best place for Internet” and found a cafe, and found “San Alberto”, but internet sucked so much. So here I am in the Abacus Books and Coffee where Internet works excellent.

So excellent that I had to buy three slices of sponge cake in different tastes. The banana was best. Here writing a Facebook post where I documented the worst five crimes in South America that I saw, or heard of too recently:

5. A man throws a plastic bag.

4. Four policemen in Ecuador talk sense to a guy.

1. Drunk guy gets robbed in Paraguay (same day as the plastic bag above).

As for me, nothing happened. Maybe because I was mostly sober, walking in central/touristy parts, used guides, took taxi sometimes. Or was lucky.

A wedding pair getting photographed.

I’m getting a little bit bad consciousness for digitally plundering this place so many times.

But how can the city be so prosperous despite all the plundering? Maybe because it was built in a very good place, that no plunderer could change.

The black car honked at the bicyclist and almost killed him. The latter was like “can’t anybody help me!” and “Bom!” I shot the black car to pieces with this cannon. Because the fort is mine!

Imagine standing here looking for ships. First one. Then two. Then three. No flags. Coming at you at full speed. You start alarming the staff. And then: a black flag! On all three! Those are pirates! If you run now, you might survive. But would never get your job back. Would become a beggar. Or pirate? Mmm…

Ah, the French. Secret? I’ve never liked playing them. In no game. I won with them in Here I Stand once. But all I did was “building art”, a secret sneak attack on Madrid, and the victory was mine. So … arty.

It’s so touristic they have a Russian bar with pictures of Lenin! The money I save by being sober this month …

And then it was time to hit the boat. I go to the hostel, get my stuff and take a taxi there.

And then the rest of them came. Tom (Dutch Single) got the lower bed in this room, and I got the upper bed. Which was fine by me. Because I had no idea how hard it was to get in and out of it :p I just left the bed when no one was looking, to avoid filling their faces with my underwear.

Here’s Yuno (English son) and his mother Jinhee (Korean mom). They paid in Colombian cash, and with the highest bill being 50.000 pesos (14 euro) the boat owner has to count a lot. So fun!

The English son is of Korean, Indian and Spanish descent. A typical Brit. As the half-Asians we both are, we know exactly how to react when the camera is on.

Stephen (Mr. Dutch) is trying to do the same, and thereby blocks Anouk (Mrs. Dutch).

We each get a cup that is ours, for the whole trip. Here is also Jolanda (Swiss Single) and Simon (Mr Swiss) and Aisha (Mrs Swiss). They don’t look so happy here. It’s a Swiss thing. Counting your money. Or worried about the boat ride. But tomorrow they are happy. Or at least the day after that!

Leaving Cartagena. And South America 🙁 It was a great time here! A faster ship/to from Sweden, or some modern plane that does not kill humanity, and I’d definitely consider live here forever. In Brazil. Or Colombia. Maybe Bolivia. But now: good ba’ayyye.

The captain is steering the ship with his foot. Sailing away!