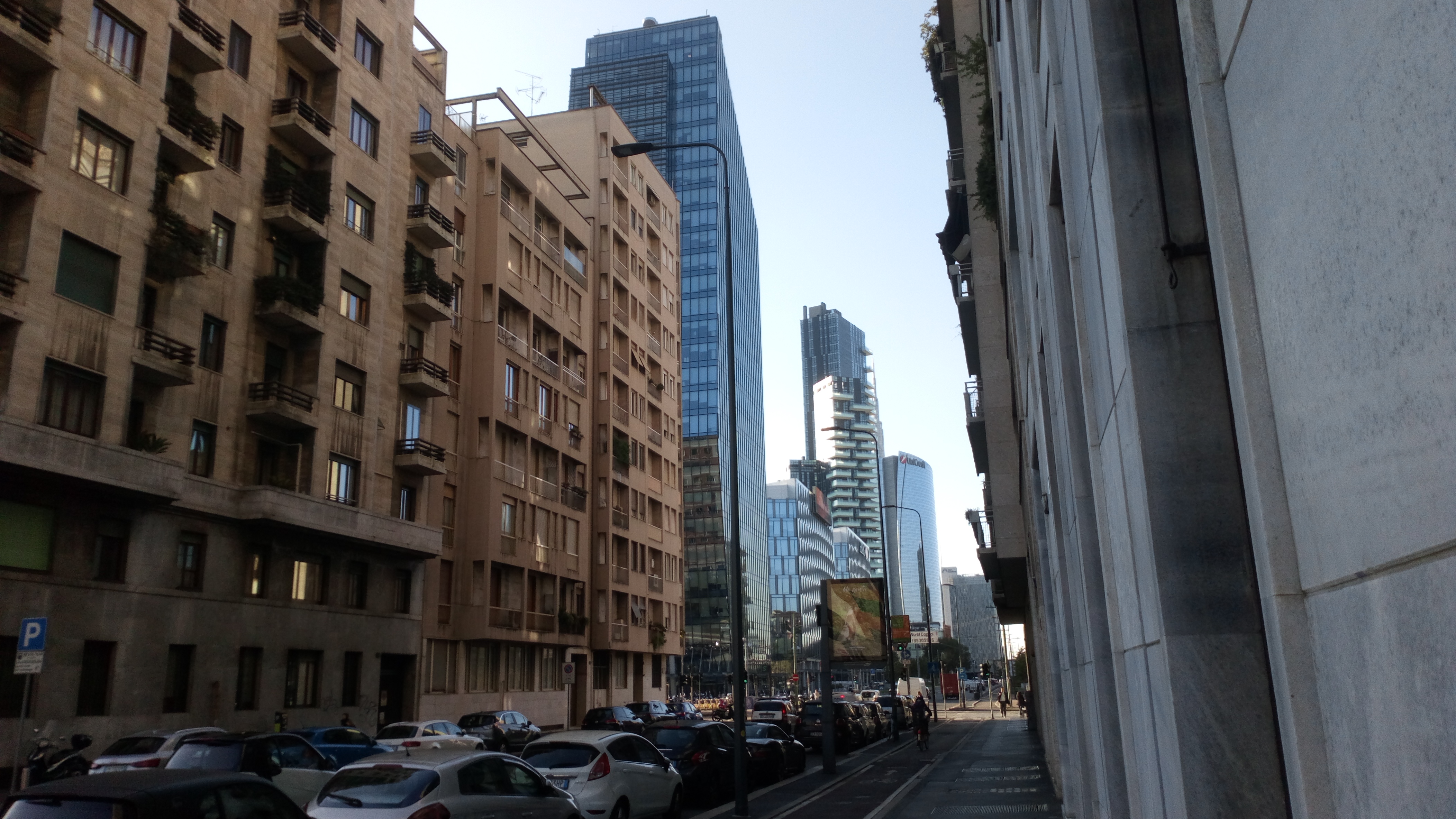 We walked to the train station. My legs were a bit stiff after all the MC riding yesterday, so it felt good to use them in the way humans have since we in huge pack

We walked to the train station. My legs were a bit stiff after all the MC riding yesterday, so it felt good to use them in the way humans have since we in huge pack of running zombies chased animals during the stone age. Parts of the central area is slum, as in no one really knowing who owns what apartment, and the Camorra is renting them out, for example to all the South Asians dominating this part, with lovely shops everywhere. But why are there stones in the balconies on the top of the house below?

Jonas recommended a 12€ Aglianico, bus as I’m only half the Napoli snob that he is, I went for this 8€ bottle.

The train felt so incredibly modern. Like the most modern train I’ve been at outside Asia. Maybe it was just the stark contrast from the constant chaos at the streets of Naples. And the lower, left guy in the photo wants to hang my head somewhere, with my tongue down the neck. I’m so sorry. But you’re on a blog now!

Arriving in Milan, Italy’s richest city, just a few hours later was so interesting. Here they have an airport-style arrival lounge where people greet those they have waited for. “Welcome to Milan dear grandchild. Grandma and grandpa will make you rich and educated [while your parents are having a great time].”

I don’t think I even saw a straight line in the chaos of Naples. But look here at the ruler straight bike line. And in the middle of the street, they’re shooting some kind of rock movie.

In Milan I visited my friend Soheil. He is a climate change researcher, meaning that he is theoretically looking at what will happen to humanity once everything gets warmer. I asked him for his main summary in one simple sentence. It was “we’re fucked”. But he has hope, not by the statistics or any reality that his theories cover, but by the fact that we’re entering into completely new territory that doesn’t look like anything we’ve ever been into. Humans have shown an amazing way of adapting into new systems. But there will be death and suffering. Not for us two though. We’re having a great dinner. There is nowhere to go though, since Milan is entirely dead on Mondays. But maybe that’s just as good, since I’m entirely dead too after the Naples weekend, and passed out at 21.

Before that we talked a little bit about the climate conference in Santiago. His hopes aren’t high at all since there is no governing body judging countries for what they’re doing right or wrong. If Trump just walks out and wants to increase coal mining then he can just do so, and he is. But the main interesting thing for Soheil is the CDR companies coming (Carbon Dioxide Removal). They are sucking CO2 from the atmosphere and packing it. The packed CO2 could be buried underground. But it has also been used by oil companies to kick up more oil! That’s so ironic I have to sleep. But please read more at https://www.soheilsh.com/